The Aerospace Phenomena Study Commission was created by Resolution No. 414/2011 of the Chief of General Staff of the Argentine Air Force with the purpose of organizing, coordinating and executing in a methodical way the investigation of the possible causes of sightings of Objects not identified within the Aerospace of National Jurisdiction, that have been specifically denounced, publishing the results of those cases on which a precise and accurate conclusion has been reached.

They are permanent staff of the Argentine Air Force and specialists with proven experience in different areas of research that provide an invaluable contribution in the analysis of each case from different perspectives.

The commission is headed by retired Commodore Ruben Lianza who posted here on Metabunk after we identified the likely aircraft behind the Chilean Navy UFO video.

Ruben Lianza said:
Dear Mick: Congratulations on the superb job you did with the explanation of the possible cause of the object captured on IR camera by a Chilean helicopter. I am involved exclusively on UFO case resolutions and last year I could (thanks God) explain 100 % of the cases. Even though my latest report is in Spanish I promise to release an English version as soon as my time permits. Wish you the best of everything for this new year and KEEP UP THE GREAT JOB!!. Commodore (ret) Rubén LIANZA, Head of CEFAe (Committee for Aerospace Phenomenae research, Arg. air force).
Click to expand...

The committee has published two reports so far for 2015 and 2016. They are in Spanish, but are very well illustrated so the explanations for the phenomena are readily understandable. They cover a remarkable range of different phenomena - many of which we have seen before, but some new. Here's a quick sampling with translations from the 2016 report: 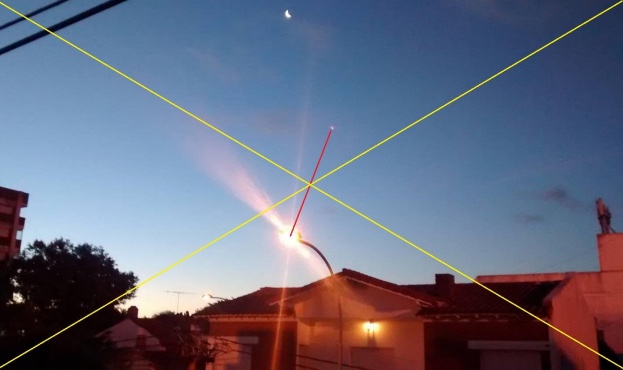 CONCLUSION: The bright "object" is compatible with an internal reflection (Lens flare) in the camera optics. If we draw a line between the supposed "UFO" and the light source suspected of causing the reflection, the connector (in this case in red) must cut in a single point the optical center of the photo (where the yellow diagonals cross) , Thus showing that it is an internal reflection in the lens set. 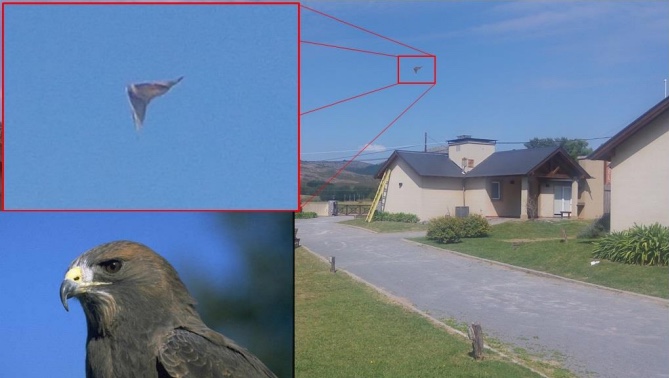 CONCLUSION: From the simple inspection of the enlarged image, a bird of prey
Exhibiting features compatible with Swainson's Hawk (Buteo swainsonii) = wings
spiked and light colors on the nasal carunculus and feathers at the base of the beak (see box
With details of the dark phase [photo: Greg Gothard]).

A flying disc that is just that: 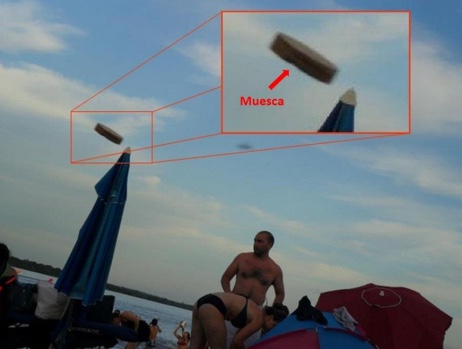 PRELIMINARY INVESTIGATION: In the cover photo of the witness on his Facebook page
(That is of public visibility in Internet), appears a pair bearing slices of wood
(Discs of the game called "Tejo playero") in one of his hands. Of the four tiles of Tejo
Which holds the woman in her right hand, one has the clearest song and even a very sharp notch
Similar to the one seen in the enlargement, above. 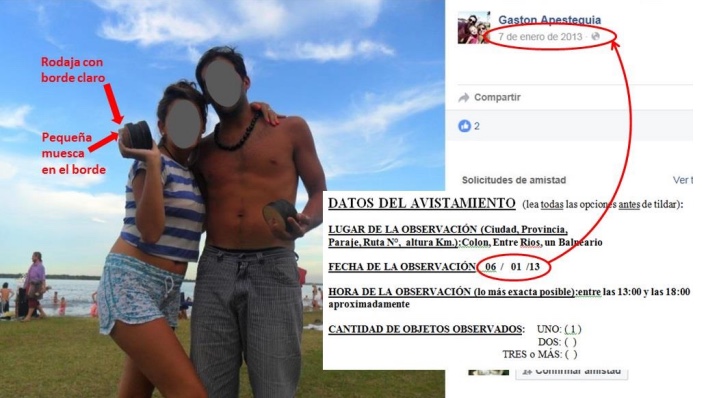 CONCLUSION: The number of matches found (the witness then confirmed that this
Was, indeed, their cover photo) allows us to conclude with certainty that it was a Tejo Playero disc
launched into the air. The details of the "flying object" in question (colored border
More clear and a notch in the song), also allowed to identify which of all those tokens
Of Tejo was the protagonist of the "sighting."

A very detailed analysis (14 pages!) was made of this seemingly simple blurred object 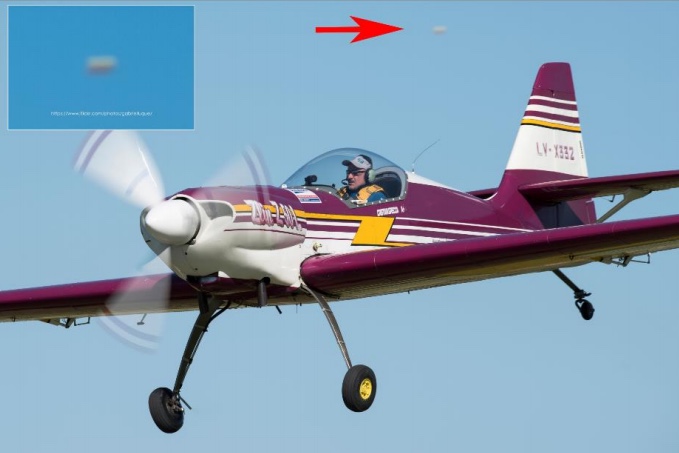 The conclusion of which is "probably one or two balloons".

The work of the commission seems very similar to what we do here in the Skydentify forum, and I'd encourage members to have a look at the detail in the two reports.

CEFAe can be compared to their neighbors in Chile, CEFAA (who have been investigating the Navy Helicopter case - Caso Armada - for two years). CEFAA appears less focussed on publishing plausible explanations for cases, and more on describing cases they could not solve conclusively. I looked through their web site and could not find a similar collection of solved cases.
You must log in or register to reply here.