Staff member
From the hearing:

Scott Bray: We attribute this increase in reporting to a number of factors including our work to destigmatize reporting an increase in the number of new systems such as quad copters and unmanned aerial systems that are in our airspace. Identification of what we can classify as clutter, mylar balloons and other types of of air trash and improvements in the capabilities of our various sensors to detect things in our airspace.

"Mylar balloons" is oddly specific. I think it's in part a reference to their internal characterization of the FlyBy object (Which Bray described as "reflective" and "not fast". But I also found a mil reference to it in a discussion of ICBM.


The midcourse of a ICBM's
trajectory is the longest and most predictable phase of flight meaning intercep-
tors have the best chance of accurately predicting when a warhead will be in a
particular location and arriving in the same location at the same time to destroy
it. The length and predictability of the flight also offers the longest amount of
time in the flight path for the deployment of various countermeasures designed to
counter the predictably of the flight path and confuse or overwhelm interceptors
with devices such as Mylar balloons, decoy warheads and the release of multiple
reentry vehicles. Boost-phase missile defense circumvents these challenges by
shooting the missile down before it has the opportunity to employ countermea-
sures.
[...]
Even if the technology cannot accurately distinguish decoys today, it is still
reasonable to argue that future developments in radar and in the EKV's infra-red
acquisition capabilities will ameliorate the problem and produce a system that
can discern a Mylar balloon from a nuclear warhead.

This is discussion mylar balloons in space (where the lack of atmosphere means they can go, ballistically, at the same speed as the missile that deplys them) - but it's interesting that mylar balloons are used as radar target.


The system can easily be fooled by decoys nearly as simple as the traffic cones we encounter on the street or the Mylar balloons that are so popular at the zoo. [...] In the near-vacuum of space where the missile defense would operate, there is no air drag to cause light decoys to move differently from heavy warheads, so it is relatively easy to create cheap impostors. [...] Since all the objects the kill vehicle will see are far away, they will appear as points of light -- like stars in the night sky -- all moving in about the same way.

There it's not clear if the mylar balloon decoy is acting as a visual or radar target. But the point here is that the military is familiar with mylar balloons as decoys.

Does this mean that mylar party balloons would act as decoys, as false targets? Is that a large part of the clutter, and odd radar returns, in Navy training ranges?
Last edited: May 19, 2022

The release of 'party' balloons is a known issue in Virgina on the Atlantic coast. It wouldnt take much of a find to blow it out to sea into Navy Training areas. 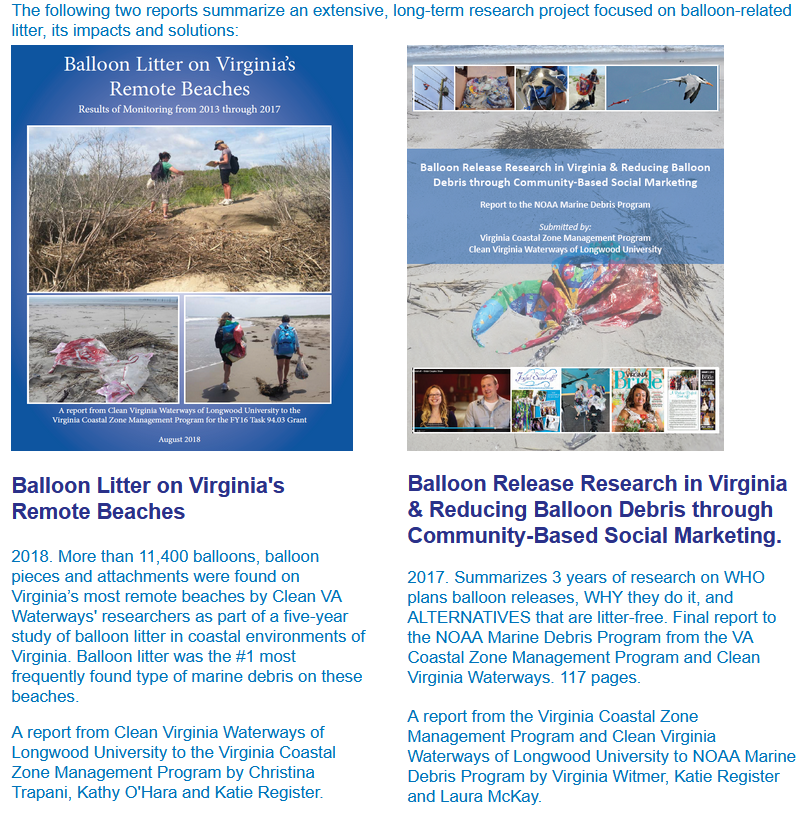 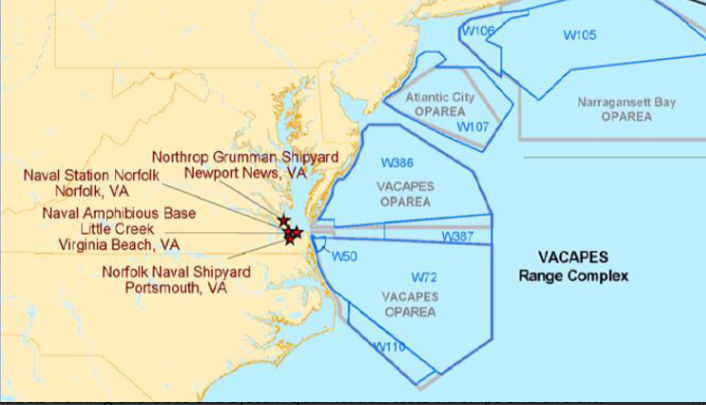 Staff member
Any vulnerability of US Military systems to being fooled by mylar balloons would be something that they would not want to broadcast. Mylar balloons are a very cheap decoy.

Most commercial Mylar balloons are covered in foil, possibly this makes them RADAR reflectors to shine extent.
V

An often discussed problem for discrimination would be the possible tactic of using aluminized mylar balloons to surround both RVs and decoys. Balloon-type decoys could be very light, and could be included in payloads in quantities far in excess of 10 per RV. When a balloon is placed around the RV, the warhead is made to resemble a decoy—an example of the concealment technique called antisimulation. Also, shrouds such as balloons or other configurations may be placed around, but not centered on, the RVs. This would make a kill more difficult for some kinetic-energy weapons, since the position of the RV target inside may not be known with sufficient precision.
Click to expand...

A decoy could be given signatures which would closely match real RVs for several sensing methods, a technique known as simulation. There may be from 10 to 100 decoys per RV, causing an immense bookkeeping problem. Up to hundreds of thousands of objects could be involved.
Click to expand...

No mention of mylar, but tubular shaped decoys.

BTW, as I understand, the purpose of the mylar is creating identical radar and infrared returns for the actual warhead and the decoys. Without it, it might be possible for an antiballistic missile to differentiate them.

Not sure if this has been brought up ever, but modern stealth aircraft use Luneberg Lenses to alter the radar signature. You could easily slap these on an oddly shaped balloon to fool visual and radar contact:

The Luneberg lens is a passive radar augmentation device used to increase the radar reflectivity of a target without the use of additional energy The lens reflector is a sphere in shape, usually composed of concentric dielectric shells. By the proper selection of dielectric constants for each shell, radar energy incident on one of the faces of the lens is focused at a point on the rear surface of the lens. The rear conductive surface reflects radar energy back to the source.
Click to expand...

Staff member
A new set of quotes from Ryan Graves, including some discussion of balloons:


Moreover, training ranges typically begin 10 or more miles offshore, which, according to Graves, “is a significant barrier for drones.” “Even if they were submarine-launched, we would see them descending to the ocean at some point. We’d see something. Even if they just blew up, we’d see something,” he said.

Regarding balloons, Graves told me, “I would occasionally see small party balloons at very low altitudes … I got balloons on my radar and then saw them [visually]. Usually they’re behaving in a predictable manner, [moving] with the wind; they’re not moving very quickly.”

Interesting that he confirms that the radar will pick up balloons, but rejects the idea that he might fail to identify them.

Mick West said:
but rejects the idea that he might fail to identify them.
Click to expand...

I guess that would make sense, from his point of view everything he ever saw that he knew was a balloon was identified by him as a balloon.

chudley_wetlegs said:
Not sure if this has been brought up ever, but modern stealth aircraft use Luneberg Lenses to alter the radar signature. You could easily slap these on an oddly shaped balloon to fool visual and radar contact:

Damien Leimbach, a 6 year avionics specialist in the USAF, seems to agree. In this post he posits applying a Luneberg lense inside a missile in order to spoof a radar return.

‘It would therefore be very easy to take a small cruise missile, like this ADM-160 MALD and put Luneburg lenses inside it, to give it the same radar signature of a fighter or a bomber.
Click to expand... 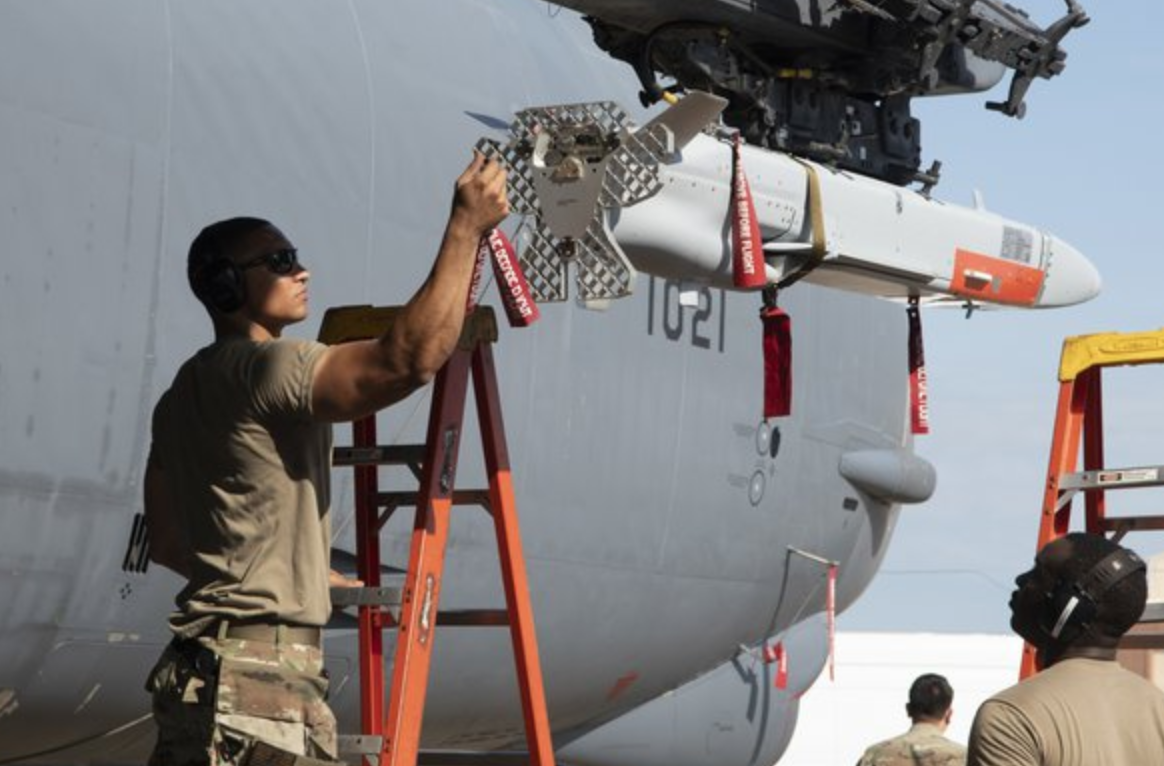 I was just about to post what Flarkey did, ie that a number of warning areas where they do training in etc are off Virgina beach, an area known for a big party (mylar) balloon release issue.

The batman balloon seemed to be near virginia beech as well
You must log in or register to reply here.

Light Being at Children's Baseball Game