Hi all!
A great part of conspiracy theories relating to Moon landings are fueled by visor reflection which confuse these conspiracy minded people because when they cannot explain the result, they think, it has to be a "conspiracy" 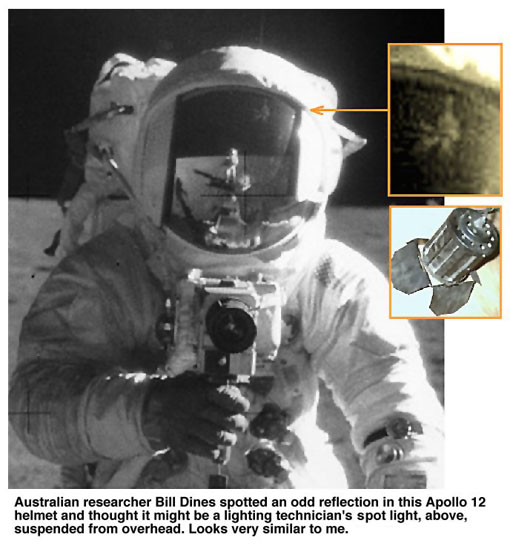 A photo from Apollo 12 (AS12-48-7071; showing Pete Conrad) mission shows something in the visor reflection, which Moon landing deniers think is a stage light:

These images show something but it can be a visor scratch (or something like that) because before jumping to conclusion we should do more search of images. What I found was that there are hundreds of images which show "something" on the visor BUT they are nothing but scratches on the visor which are revealed when you look at a high resolution image and then analyze.

Not long after I started searching I found an image (AS12-48-7074) that Alan Bean took of Pete Conrad; remember Pete is the one whose picture was taken in AS12-48-7071 so same visor scratch expected, also keep in mind that the visor shape and the angle from where the picture is taken determines the size and appearance of the visor scratch [ZOOM]:

Here to me it looks nothing like a stage light but a scratch on the visor which is the same as the previous photo showed, but because of the angle it looked horizontally compressed. There are a lot of other photos too.

The first photo makes the reflection in the visor look like not a scratch but a stage light; pareidolia of-course because we normally do not see scratches like these so when showed a stage light it looks familiar. What do you guys think?
Last edited by a moderator: Jan 14, 2018 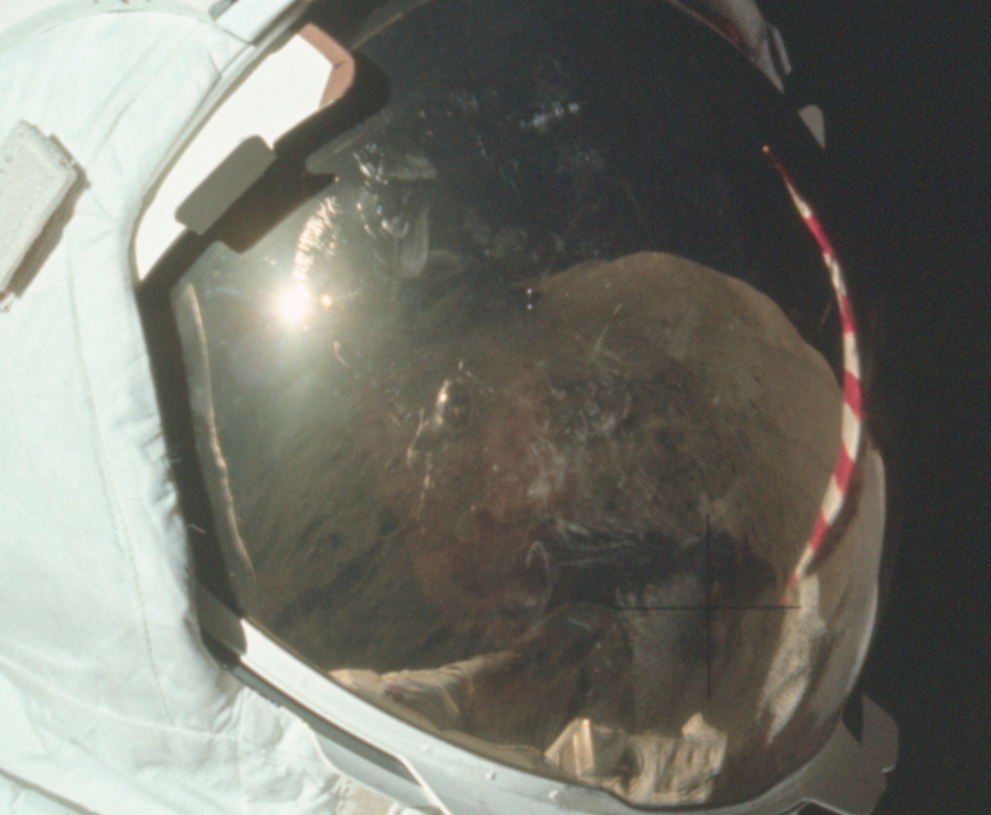 Shows what appear to be fingerprint smudges. 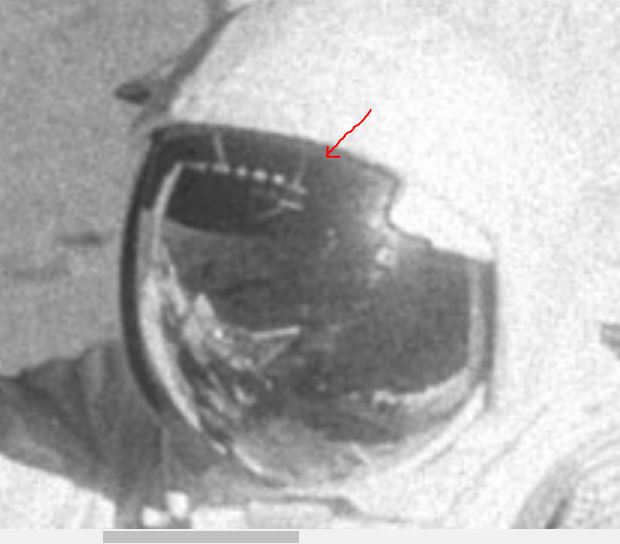 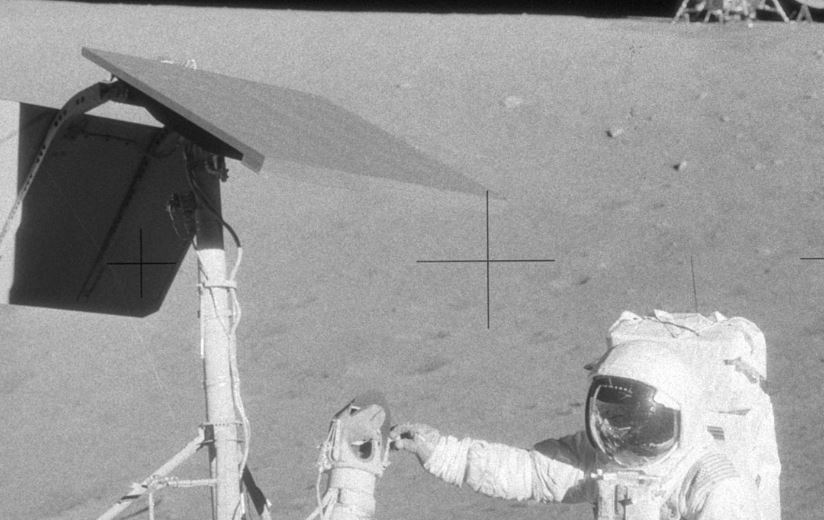 my point being.. if he is in a different location but his smudge is in the same place.. I would think that proves its moving with his helmet. (or are these background blobs the same objects but the flag and satellite dish thing are hidden due to a lower perspective shot?) 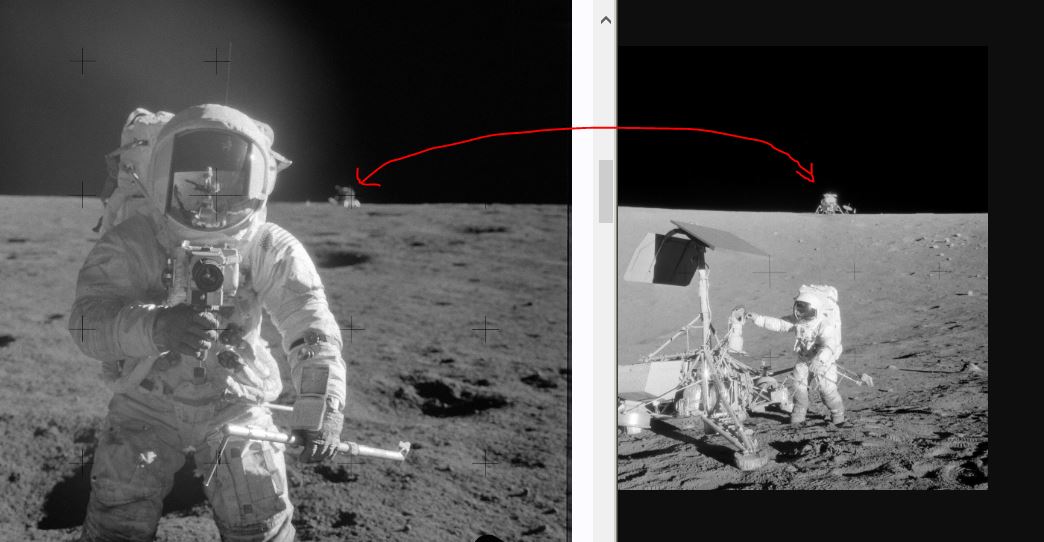