I just made a comment at the audio interview site asking Carol Grieve to address the issue.
This comment is "awaiting moderation":

Jay Reynolds said:
Interesting that while the guest and host claim that aluminum is toxic, the sponsor of the program, “Willard Water”, is selling a product that contains 27 ug/L sodium aluminate containing aluminum.

I hope that Carol Grieve will address this issue……
http://foodintegritynow.org/2012/03...-in-the-world-are-they-spraying/#comment-1147
Click to expand...

I have a correction to make.

This sheds a whole new light on "Dr. Willard's Water".

The previous analysis I had found of this substance was from a 1985 paper which showed it to contain sodium aluminate at .000027 mg/ml.

The highest aluminum level ever recorded in rainwater by the Mt. Shasta Group was 3450 ug/L.
View attachment shasta11_08ELakeShastaLightningRain.pdf

The level of aluminum in Dr Willard's water is over TWICE AS HIGH. 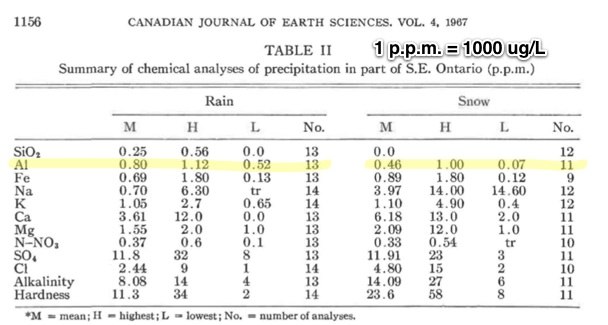 Why is Michael J. Murphy appearing on a program claiming that rain water with aluminum is toxic, when the same program is advertising as a health product a substance containing twice that level of aluminum?

These people are so perversely ignorant it is hard to imagine.
Last edited by a moderator: Nov 20, 2013 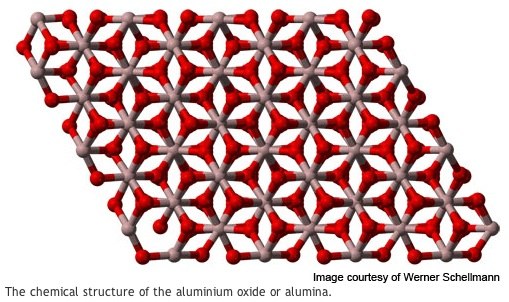 It's silly really. It's also kind of irrelevant, as NOBODY IS SPRAYING IT!
Click to expand...

Documenting the Coalition Against Geoengineering webpage that advocates use of Zeohealth brand zeolite to be taken daily.
Screen capture taken on 3/27/2012 after Michael J. Murphy was notified that aluminum oxide which he claims is poison is being promoted by the organization for which he serves as President. This promotion has remained on the site after G. Edward Griffin, Chairman of the Coalition Against Geoengineerng was notified of that situation. 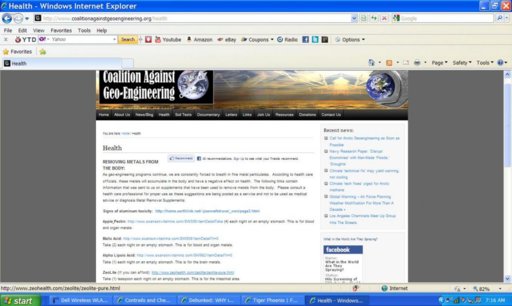 Here's a vid touting zeolite, magnetic clay and French green clay for chemtrail/radiation/heavy metal detox. Within the first minute of the video she specifically names barium and aluminum. WIth some links in the description to "get you underway".

The heavy metal abuse we are being subjected to has devastating effects.
zeolite,magnetic clay and french green clay all work very effectivly at removing these toxins from our systems.
These links are for example only. I advise you to do your own research...
Click to expand...

I love it when they say something like "do your own research". OK, good idea.

I was curious about French green clay specifically and found this interesting analysis:

It turns out some types of French green clay have antibacterial properties:

French green clays have recently been shown to heal Buruli ulcer, a necrotic or ‘flesh-eating’ infection caused by Mycobacterium ulcerans. Assessing the antibacterial properties of these clays could provide an inexpensive treatment for Buruli ulcer and other skin infections.
Click to expand...

Fair enough. They tested two varieties of FG clay, verified to be sterilized with control groups, and found one to be antibacterial while the other acted more like a petri dish.

Regardless of it's antibacterial properties, it's the chemical analysis I was interested in. It's supposed to detoxify chemtrail goo like barium, aluminum, etc however, surprise surprise, both samples contain significant amounts of aluminum, as well as a good amount of barium and strontium.

An analysis of all elements:

Apparently those chemtrailers don't really take their own advice regarding research.

[ex=http://www.aboutclay.com/info/Articles/aluminun_hydroxide.htm]
Elements on the periodic table, including aluminum hydroxide, lead, copper, chromium, mercury, strontium, etc., in the natural form, are totally different than these same elements after they are transformed by industrial processes for manufacturing and commerce. The molecular rearrangement of these elements in the refining process isolates aluminum molecules for example, to make airplane parts or frying pans for commerce. This refining procedure changes the original natural elemental molecular structure by industrial processing through rearranging the natural elemental form to an isolated man made form. As a result of this process, many times this alteration of elements transform them into elements that are sometimes harmful or toxic to life forms.

Certain edible clays and soils in the natural and unaltered form are inert and safe for life, like food and water (H2O). Water is a natural compound and if one were to separate the hydrogen molecule from water by the refining process, it could be used to fuel cars of the future or make bombs and therefore is not only harmful and toxic but lethal. If one were to take a spoonful of earth from their own back yard and have it chemically analyzed, they would find many of these same elements. When chemically rearranging these elements by the refinement process, they also become harmful or highly toxic. The elements on the periodic table may be altered by many industrial processes through molecular isolation (separation) and further combined with other elements and chemical procedures to make products. An example in metals, alloys area among the most common combination for things like tool steel in knifes and machines. Many factory or manmade drugs also fall into this group. Many times both are harmful or even toxic to plant, animals, humans as well as the environment itself.

Molecular rearrangement, isolation, and combining other refined elements making industrial/factory compounds are totally different than elements found in nature. Throughout the world, soils that contain different minerals and clays are what plants utilize for growth and life itself. The nutrients in these soils transfer into plants by a process called plant root nutrient uptake. As a result, what elements found in plants come from the soil and the soil contains clay. If the plants that animals and humans eat to live are harmful or toxic, then plant, animal and human life would not be on earth as we know it. Certain edible clays when ingested are like food and water, is not only safe but provide many natural health benefits, including a high nutrient source, detoxification, PH and blood balance, colon cleansing, assist in total body healing, to mention a few. [/ex]

Michael J. Murphy continues the contradiction of advocating his claim that aluminum is so toxic that it "shuts down life", while at the same time he recommends eating the stuff:


Michael J. Murphy said:
@ 1:52:05: “There are various foods that we can eat to chelate these metals out of our bodies, bentonite, chlorella, zeolite are very effective chelators at removing this.”
Click to expand...

JFDee brought out this research paper which shows that zeolite is solubilized to it's available +3 form under low pH conditions in the gut:


European Food Safety Authority said:
Page 19:
“However, the Panel noted that in the FEEDAP opinion on Zeolite, a form of sodium
aluminium silicate used in animal feed, it was stated that sodium aluminium silicate may be
partly hydrolysed in the digestive tract, mainly in the abomasum (because of the low pH value)
resulting in release of aluminium and silicate ions. Thus, in an unpublished study in cows, an
increase of the aluminium serum level from 13 μg/l before treatment to 85 μg/l during a threeweek
administration of 600 g Zeolite per day was reported.

This finding on sodium aluminium silicate in cows is in line with the suggestion by some
authors that acid digestion in the stomach would solubilise most of the ingested aluminium
compounds to the monomolecular species Al+3 (e.g. hydrated Al(H2O)6)3+). The Panel therefore
noted that other insoluble aluminium-containing food additives that previously have been
considered not to be absorbed from the gut can be expected to behave similarly.

Can measles make you healthier and fight cancer?