Staff member
This just flew over my house: 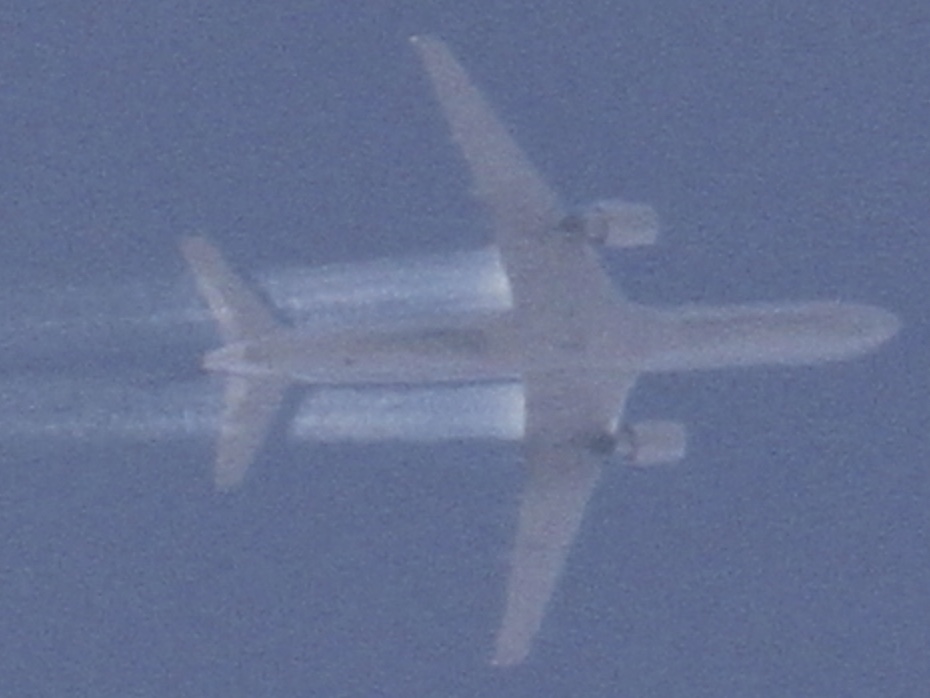 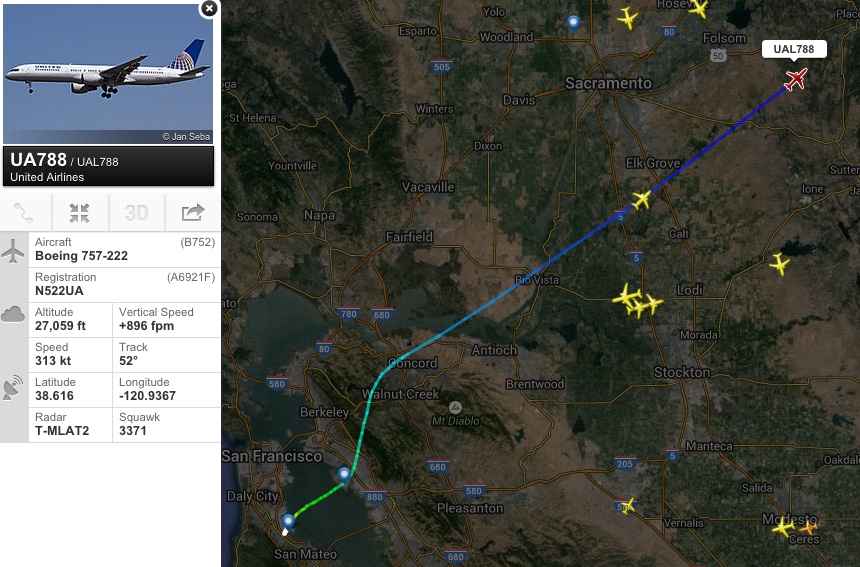 It's interesting because of the aerodynamic contrail streaming from the inner wing, but also because it formed a huge persistent contrail - one with a rather unusual structure.

Zooming out more, you see the contrail is initially a fairly distinct narrow line, which comes from the two strong inner-wing aerodynamic contrails. But as you go back more, the full wing contrail appears, and eventually seems to divide into two thick contrails with a gap inbetween

nice long range camera work, did any other aircraft duplicate the formation or was it just a one off..

Staff member
Not that I saw, although there's quite a bit of similar traffic here (planes climbing out of SF, though 25-30K

It's a good day for contrails, I got several interesting photos I'll post later.

Mick West said:
Zooming out more, you see the contrail is initially a fairly distinct narrow line, which comes from the two strong inner-wing aerodynamic contrails. But as you go back more, the full wing contrail appears, and eventually seems to divide into two thick contrails with a gap inbetween
Click to expand...

From that point it looks rather similar to what I saw recently:
https://www.metabunk.org/aerodynami...ke-exhaust-contrails.t6024/page-2#post-159695
Have you watched the further evolution of this contrail?

Staff member
This was a few minutes later, a large section of it did persist, but unfortunately I did not record it.

The contrail itself ended up cumuliform, puffy, not unlike the contrail part of my contrail/distrail photo I took later (but did not see the formation of).

Staff member
Just saw another similar. Again it was a plane flying East out of SFO, climbing

This is looking east: 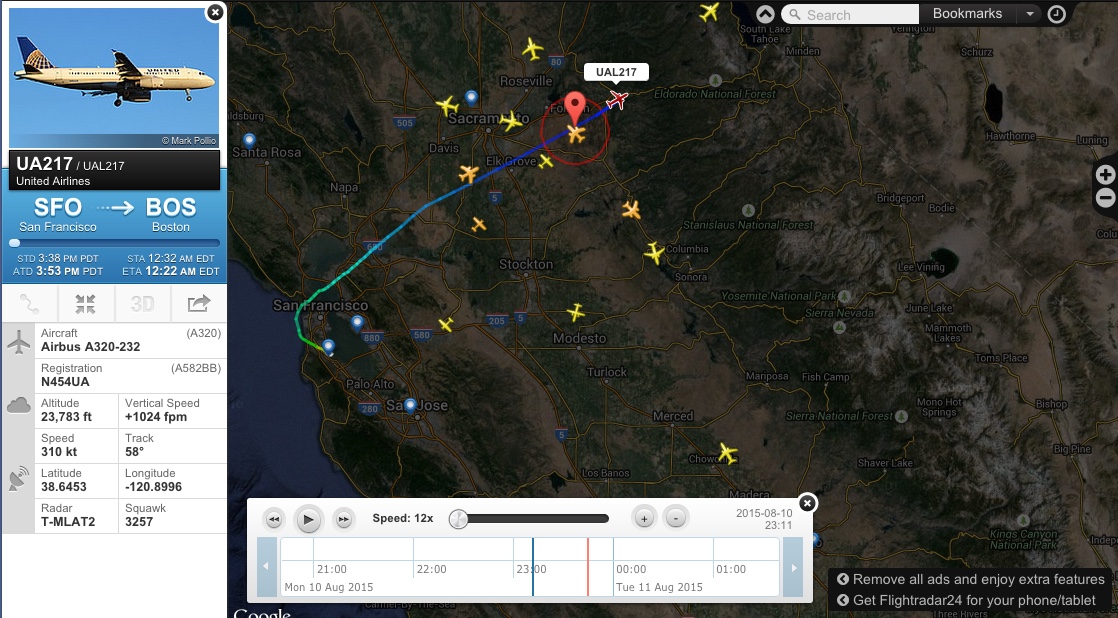 Very interesting as I very rarely saw this type of contrail in Los Angeles, but here I'm on the flight path from SFO to points east, so I get more. It has changed my perspective on the frequency of persistent aerodynamic contrails.

must be very damp air up there ATM or pilots forgot/left the air drag brakes on,,,

Staff member
The Oakland sounding for 00Z today (5pm Aug 10th California time) shows a moist layer around the 400mb level. The indicated altitude of that level is 7490 metres or just over 24,500 feet. 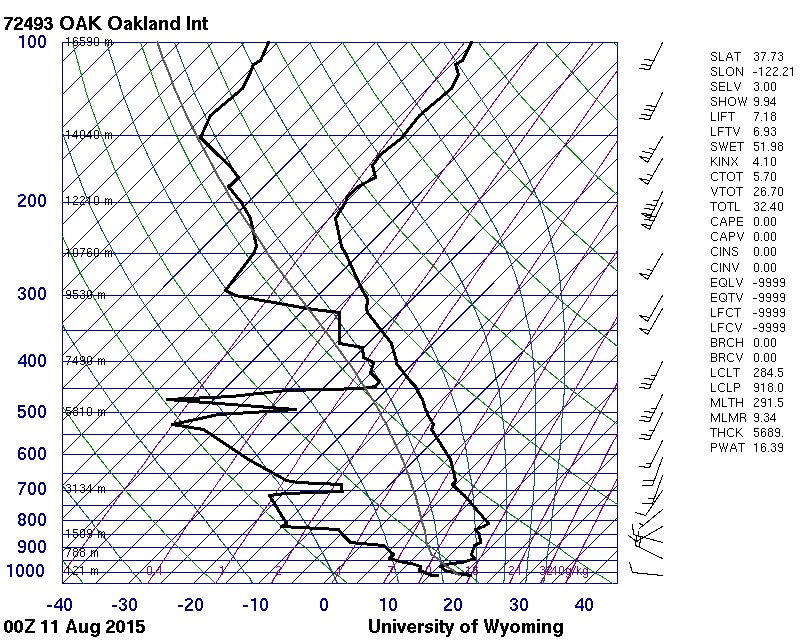 And as you can see in the distrail image, there were natural cirrus up there. Later the sky looked like this: 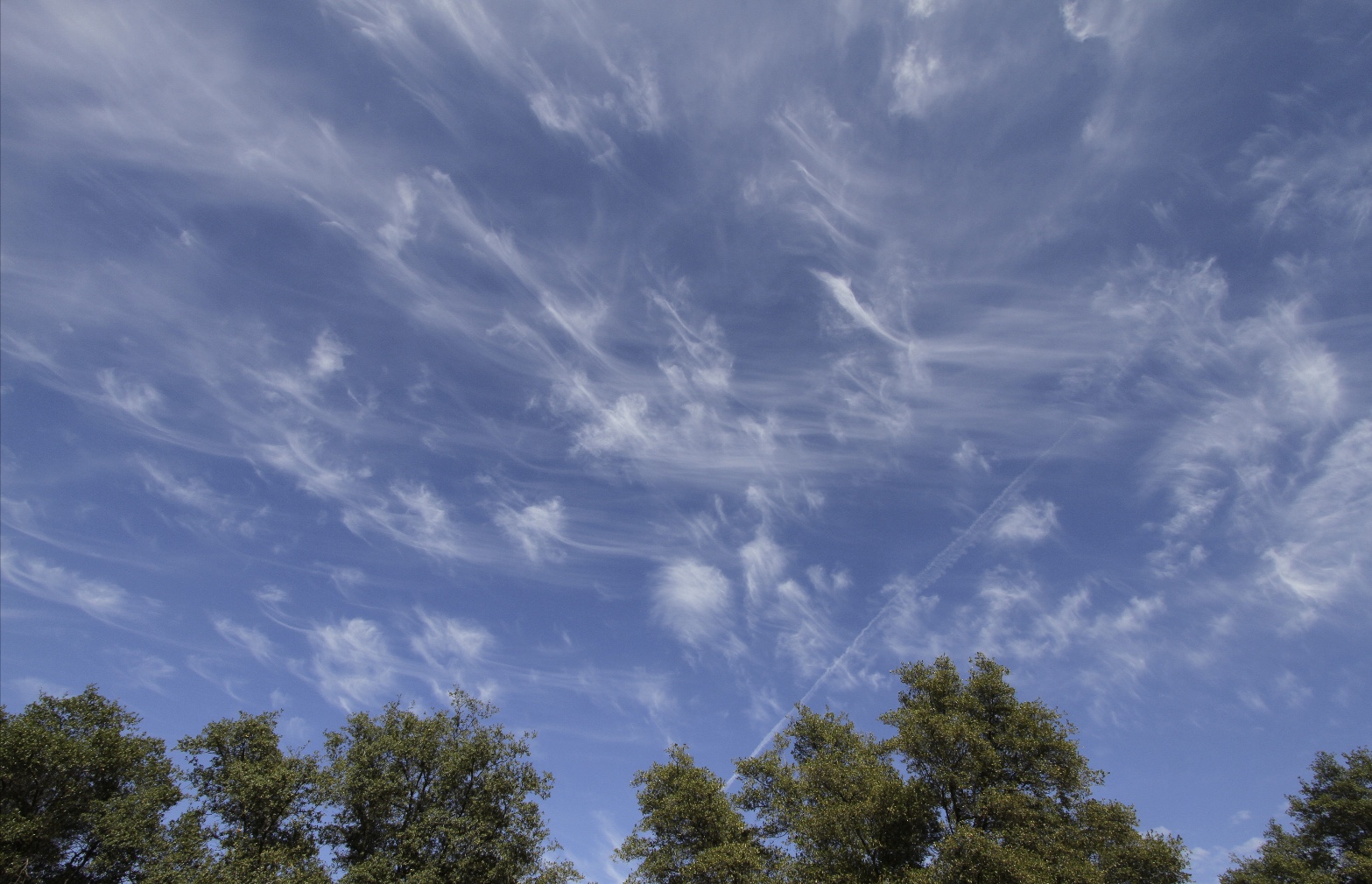 I suspect a good amount of those clouds were triggered by aerodynamic contrails.

We don't get much of the wispy type virga producing cirrus here in FL. Sometimes see it in winter. Is it more common on the central west coast? I got some good shots of it when I was in Berkeley last year for a race and an upper level disturbance was passing by. The sky was quite striking. I think I may have those pictures on my other computer.

Was about the same time of year as it was a couple of days after a "u-shaped" contrail thread:
https://www.metabunk.org/solved-u-shaped-contrail-near-san-francisco-nasa502-survey-again.t4179/

scombrid said:
We don't get much of the wispy type virga producing cirrus here in FL. Sometimes see it in winter. Is it more common on the central west coast?
Click to expand...

I would not say it's incredibly common. But I've not exactly been counting them either. Yesterday was a very good example though.

It has been pretty much solid blue skies here all day for several weeks. Typical summer.

Perhaps the type of upper level low that produces those types of clouds and contrails is a harbinger of fall. Or it is just a total coincidence that I happen to show up on a rare contrail day in summer. I've been to SF Bay area each August since 2010 and bluesky above marine layer is far and away the dominant sky cover type that I've experiences. Cool temps and sunshine is a really nice change from the humidity and t'storms of Florida summer. However 2012 and 2014 both had a contrail day followed by really cool Mare's Tails and other assorted cirrus and virga as an upper level system traversed the sky.
You must log in or register to reply here.