While waiting for the bus home tonight BA269, an A380, flew over the centre of Manchester. As it flew into the distance I noticed that the contrail took the form of alternate "dashes" see pic.

Excuse the photo quality it was taken with an iPhone. 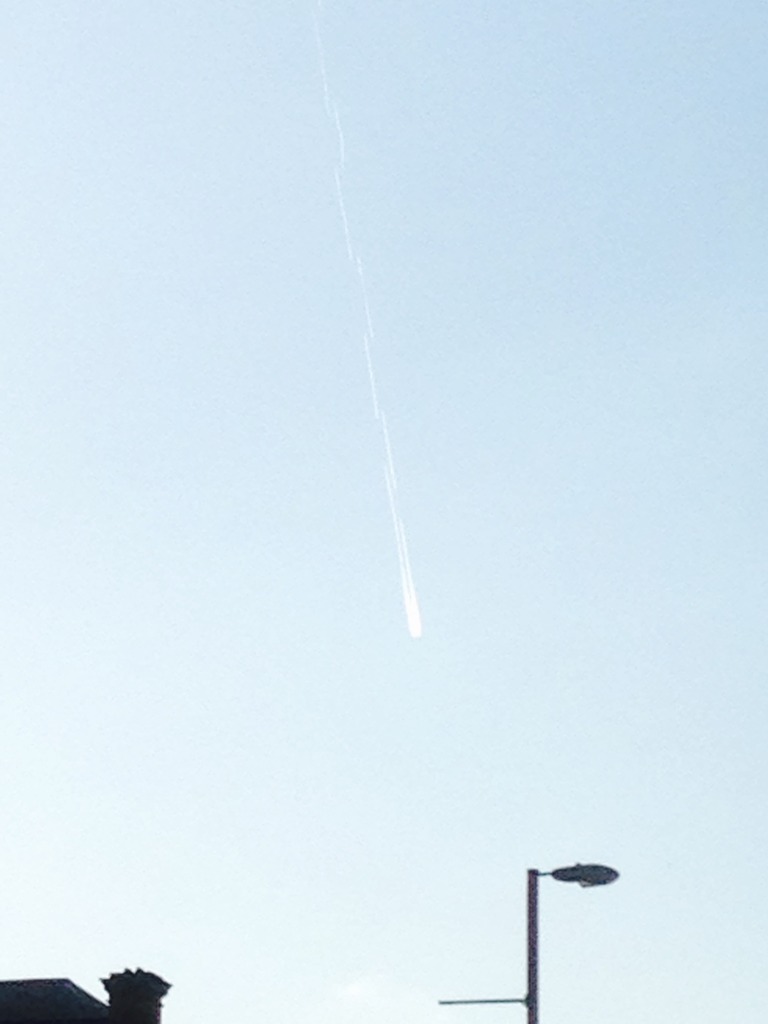 Is this just some weird coincidence of the aircraft just being on the edge of generating contrails and due to the motion of the aircraft they appeared alternately? Thats the only reason I can think of.

Having crucified the levels..... and with a marginally wider view 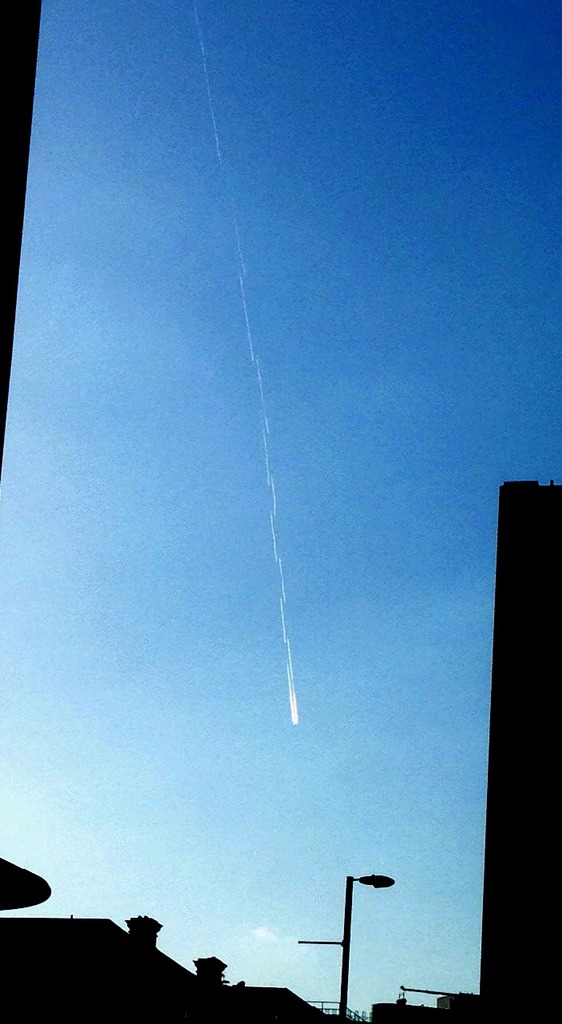 The planefinder.net playback suggests the photos were taken at about 18:10 BST (17:10 UTC) 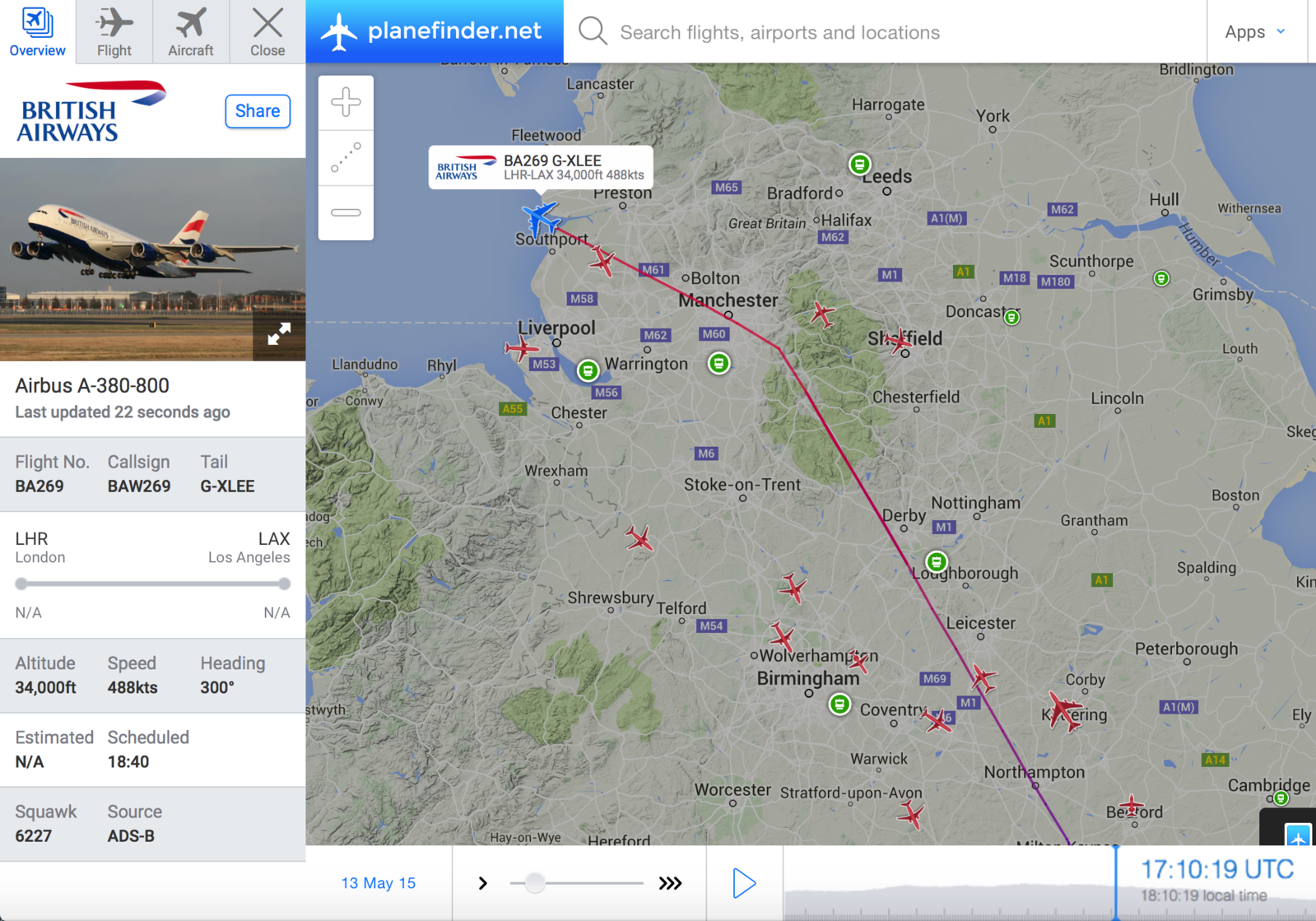 As none of the proposed explanations in the airliners.net discussion sounds convincing, I suggest here a new plausible explanation. 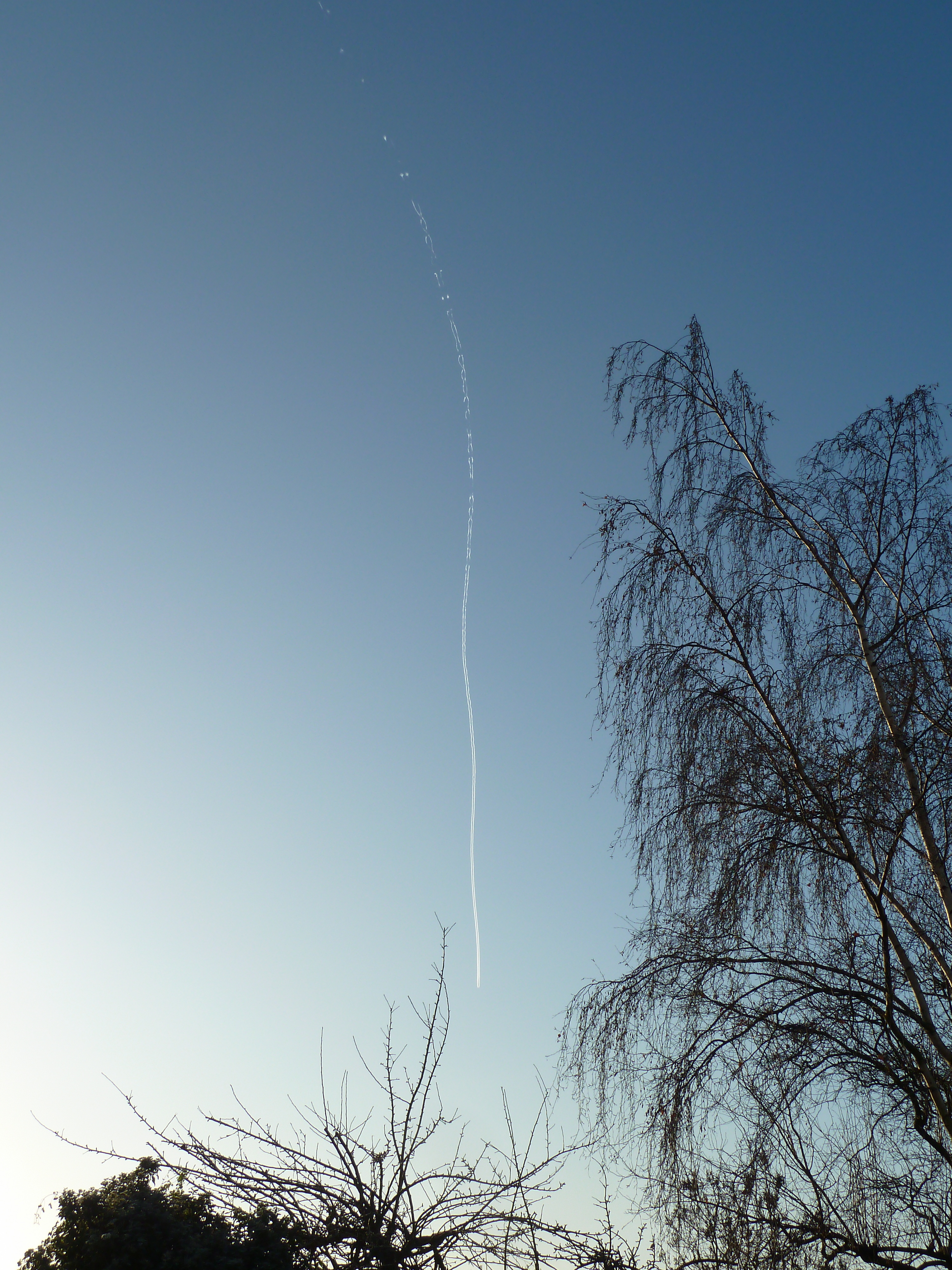 The parallel dashed trails occur fairly close to the plane and therefore the gaps in them cannot be attributed to the Crow instability. It is the most likely that the vortices are still intact in the gaps between the dashes, but, for some reason, they did not entrain any exhaust condensation in these segments.

Such gapped hybrid contrails may be specific to the A380 aircraft. It appears that only a portion of its exhaust contrails can be entrained into the wake vortices at a considerable distance behind the aircraft. Depending on atmospheric conditions, it can happen that exhaust contrail is entrained only on one side, like in the following popular video:
In the beginning, there is just one linear trail on the port side, behind fairly symmetrical exhaust contrail, whereas the second trail on the starboard side appears later (from 0:39). As the camera zooms out, we can see a gap in the starboard trail and a segment of weaker density in the port trail, staggered relative the gap: 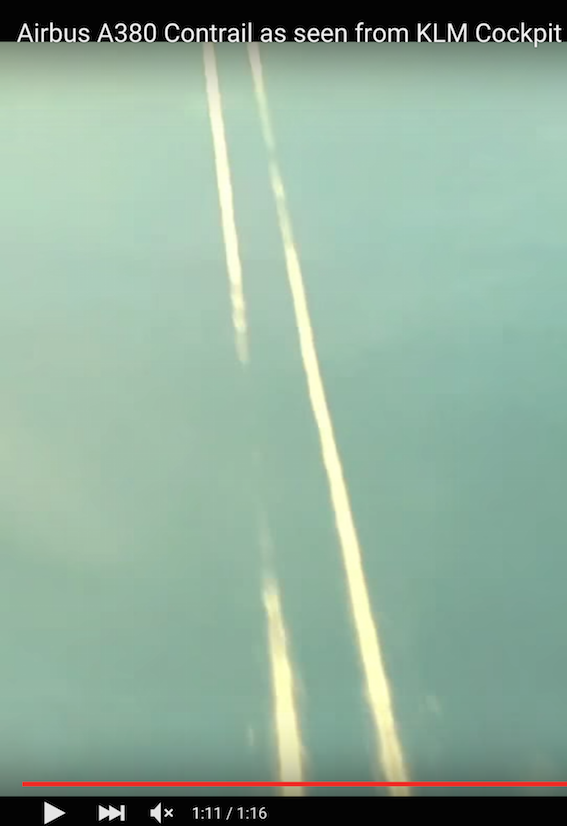 It is possible that, in the presence of some kind of an atmospheric wave, the entrained portions of exhaust contrail will alternate between the sides, like in the OP images and, in a lesser extent, in the following cockpit video:

Staff member
Here's a stabilize clip of the A380 alternating trails.

Staff member
I just spotted the same thing happening a few minutes ago. Unfortunately I was on a train and by the time I'd got my phone out the plane was hidden by buildings at a station. By the time it was visible again the most impressive part had dissipated but you can still just about see the effect here: 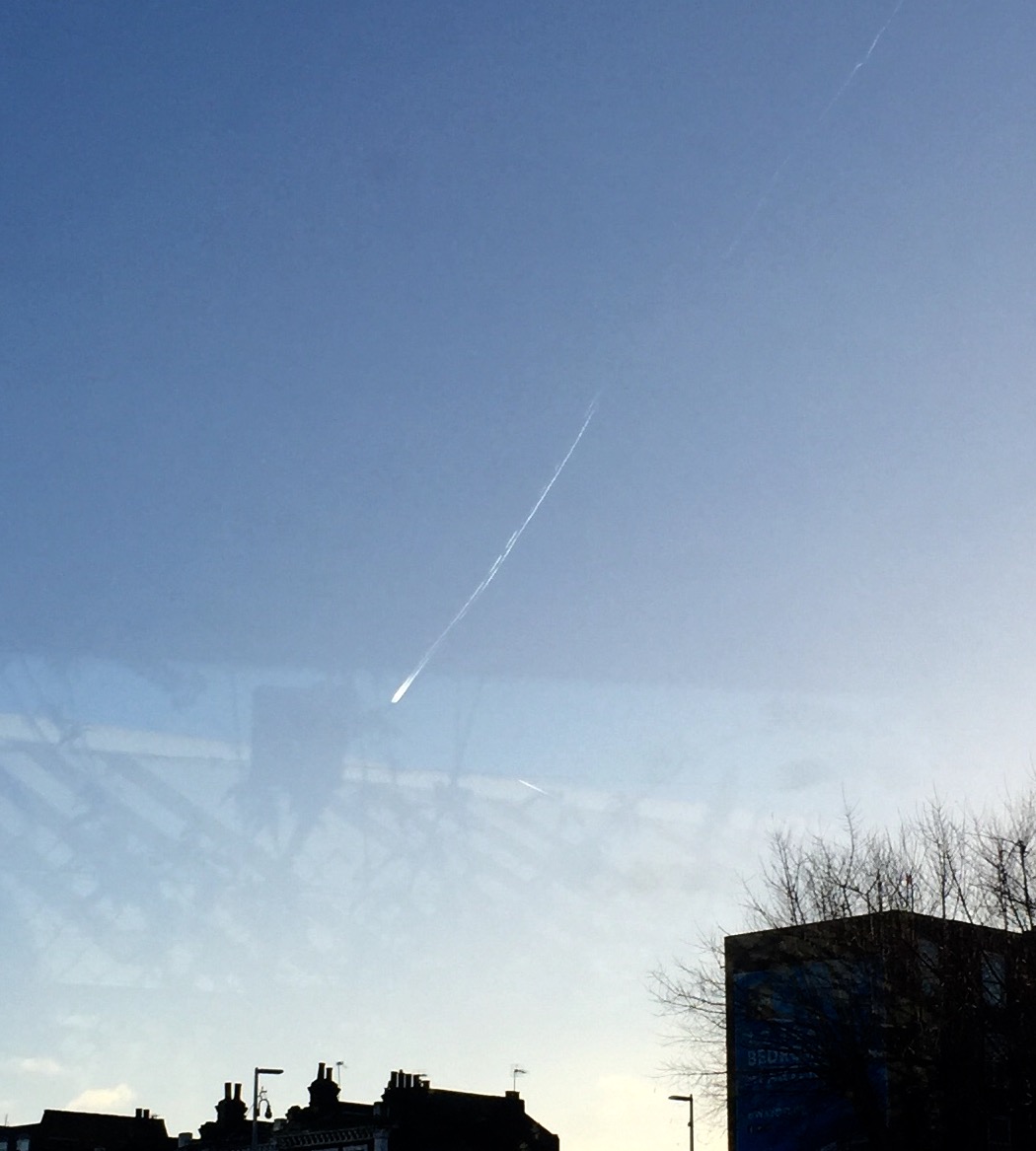 I'm pretty sure it was this flight: 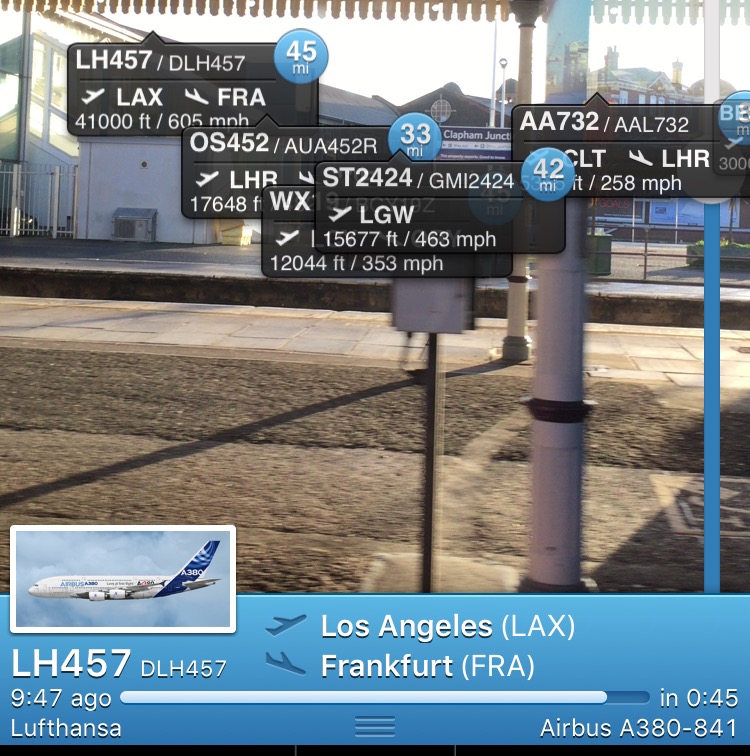 Trailblazer said:
I just spotted the same thing happening a few minutes ago. …the most impressive part had dissipated but you can still just about see the effect here:

I've noticed gaps in the A380 hybrid contrails quite a few times before. Probably, I still have their photos, but need to dig for them in a pile of used SD cards. Or, better, to start purposefully taking new photos and store them in one place.
Below are the photos taken this morning. The Air France AF66 A380 formed hybrid trails at FL320 with a few pseudo alternating gaps (in the upper right corner of the third photo): 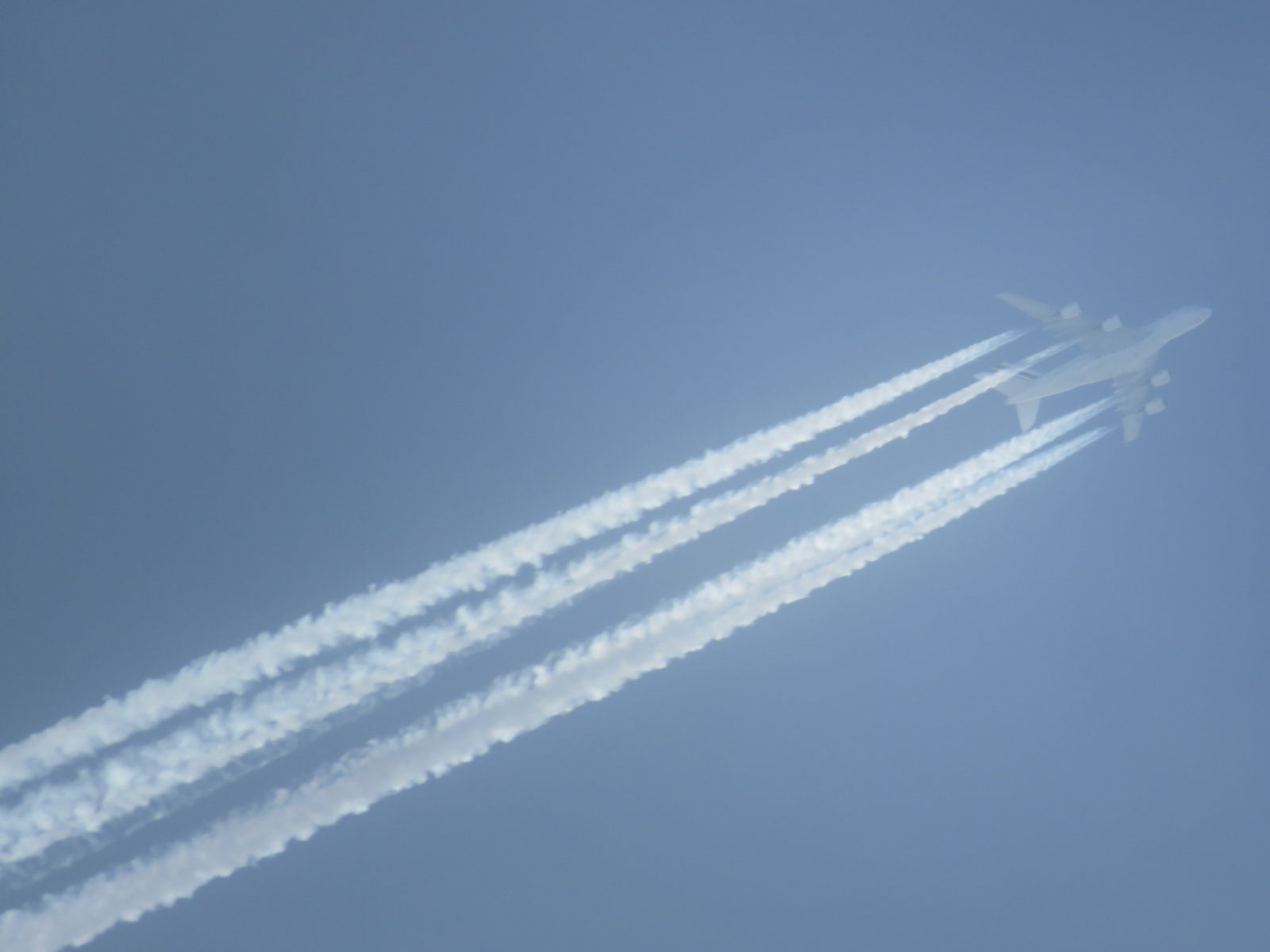 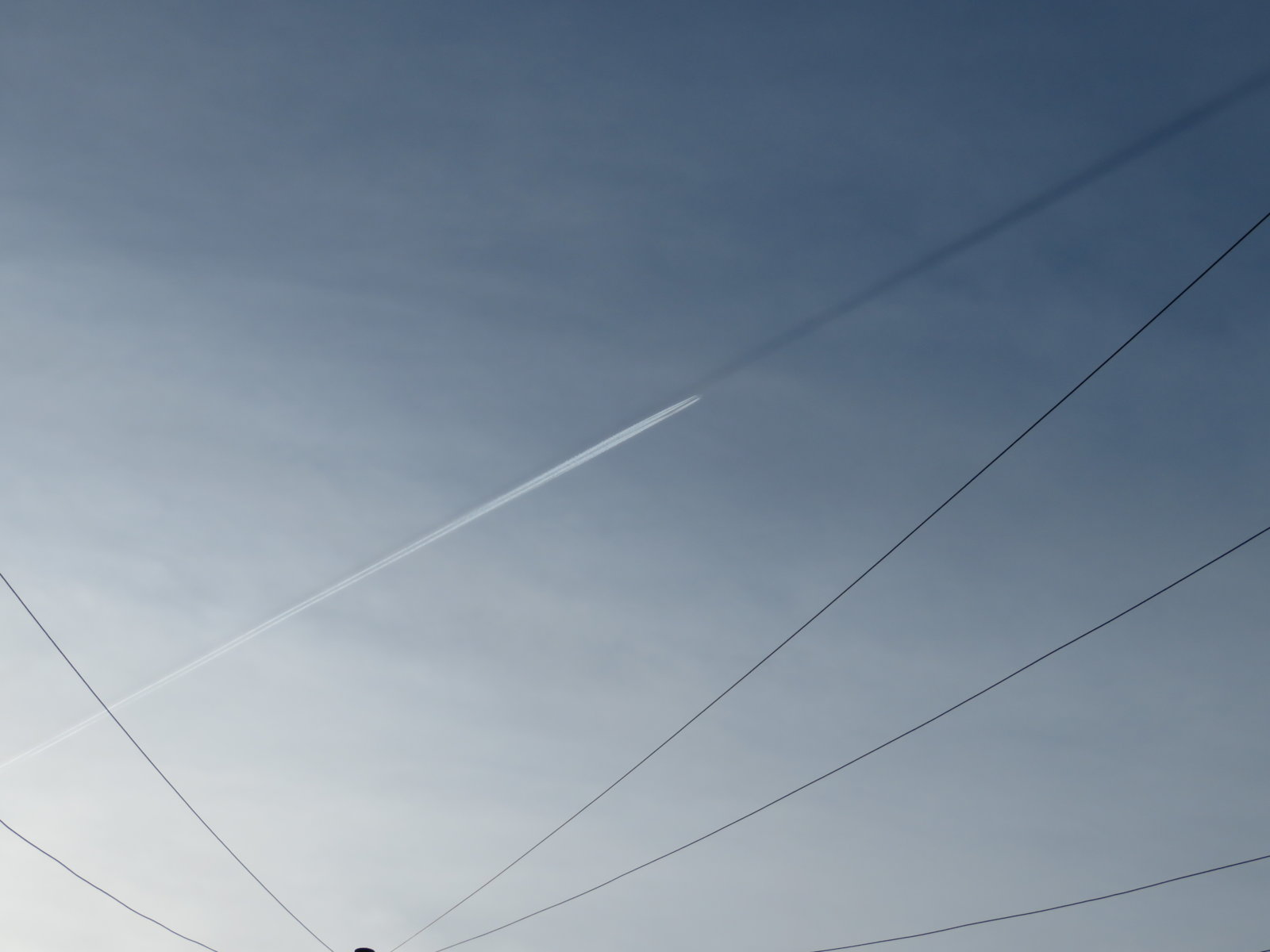 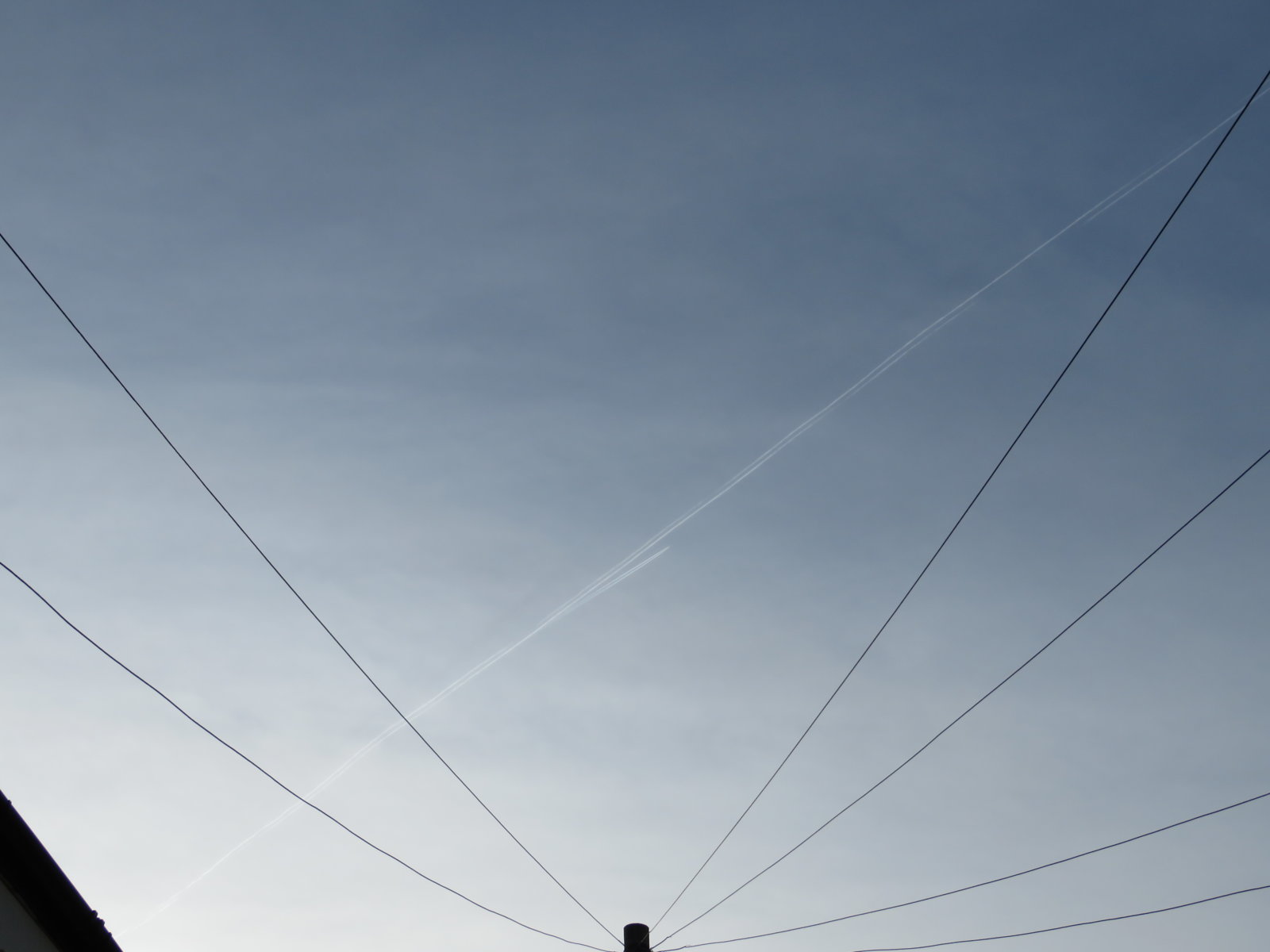 In contrast, Emirates UAE17 A380, descending from FL380 half an hour later, formed only short contrails: 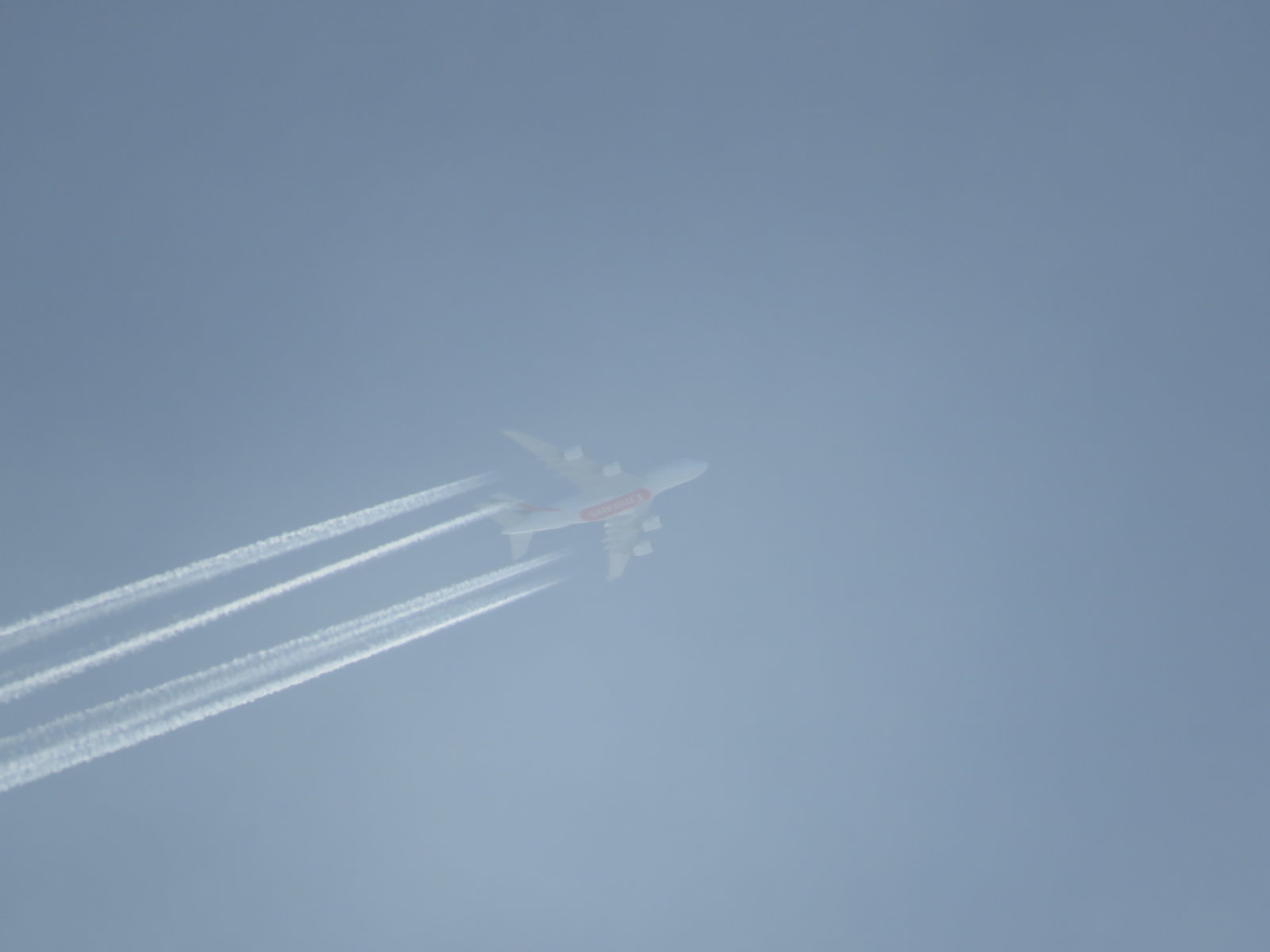 Again, it has been the Air France AF66 A380 that has formed alternating hybrid contrails today at FL320. This time, it produced a more regular pattern: 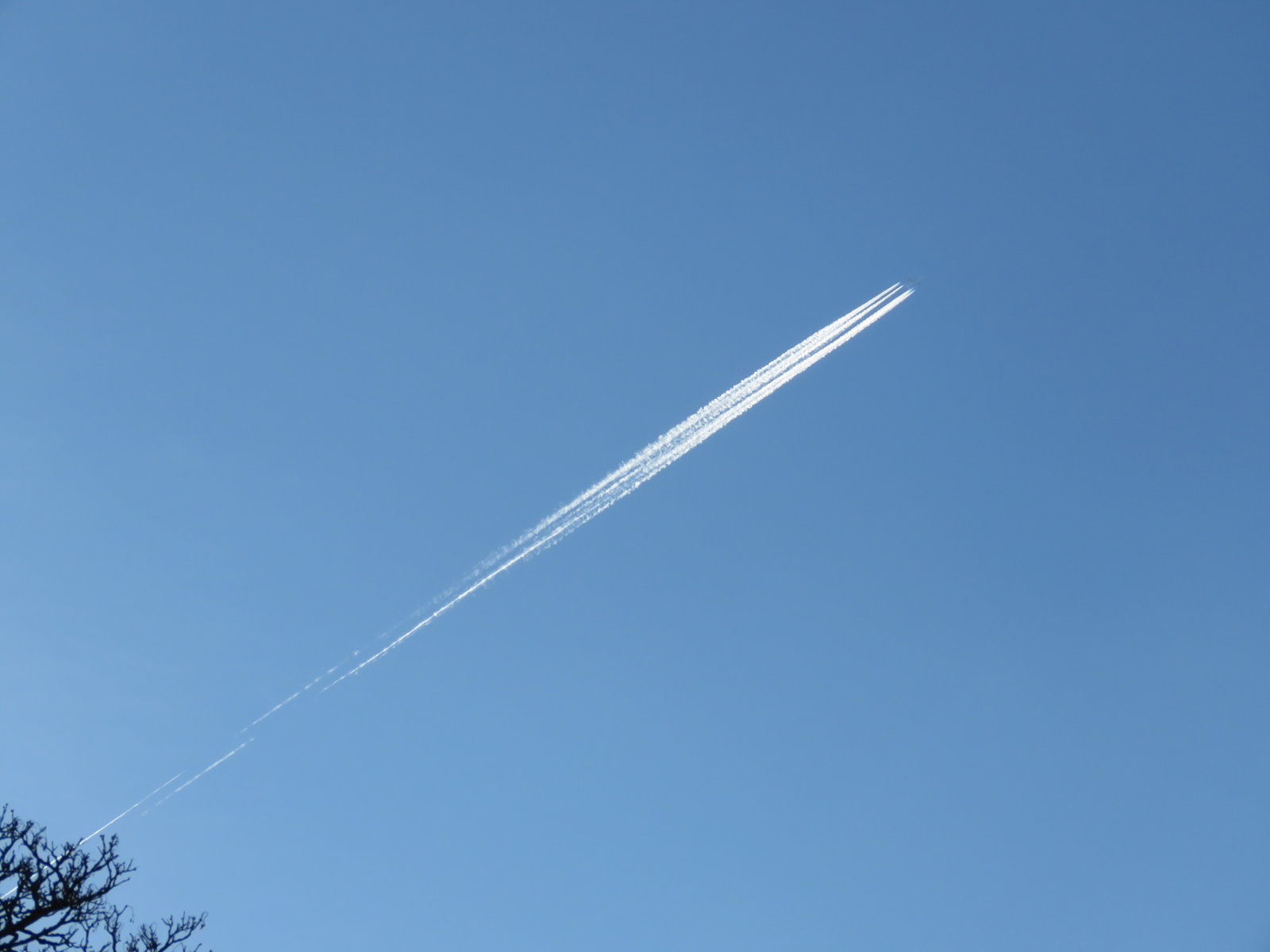 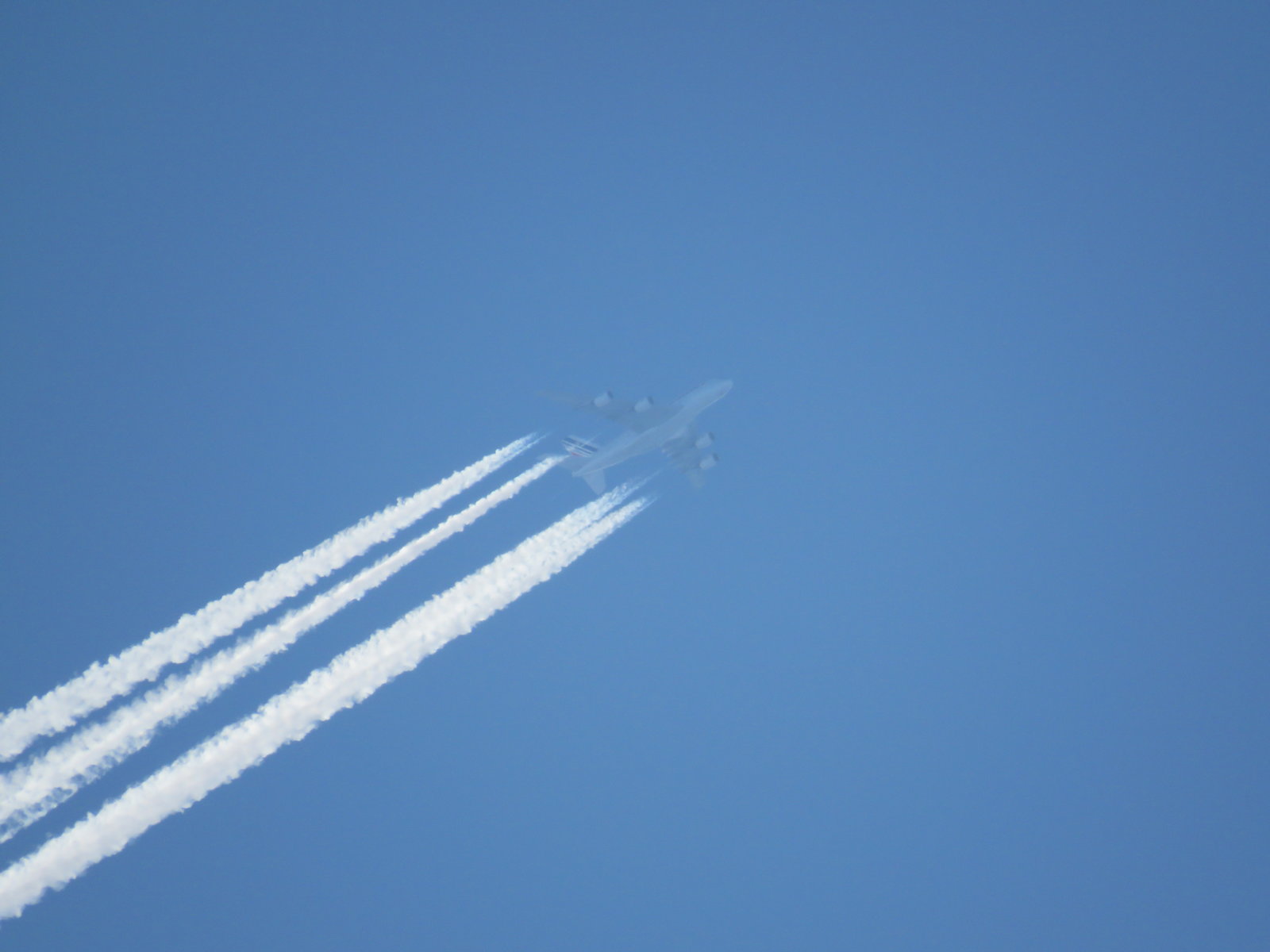 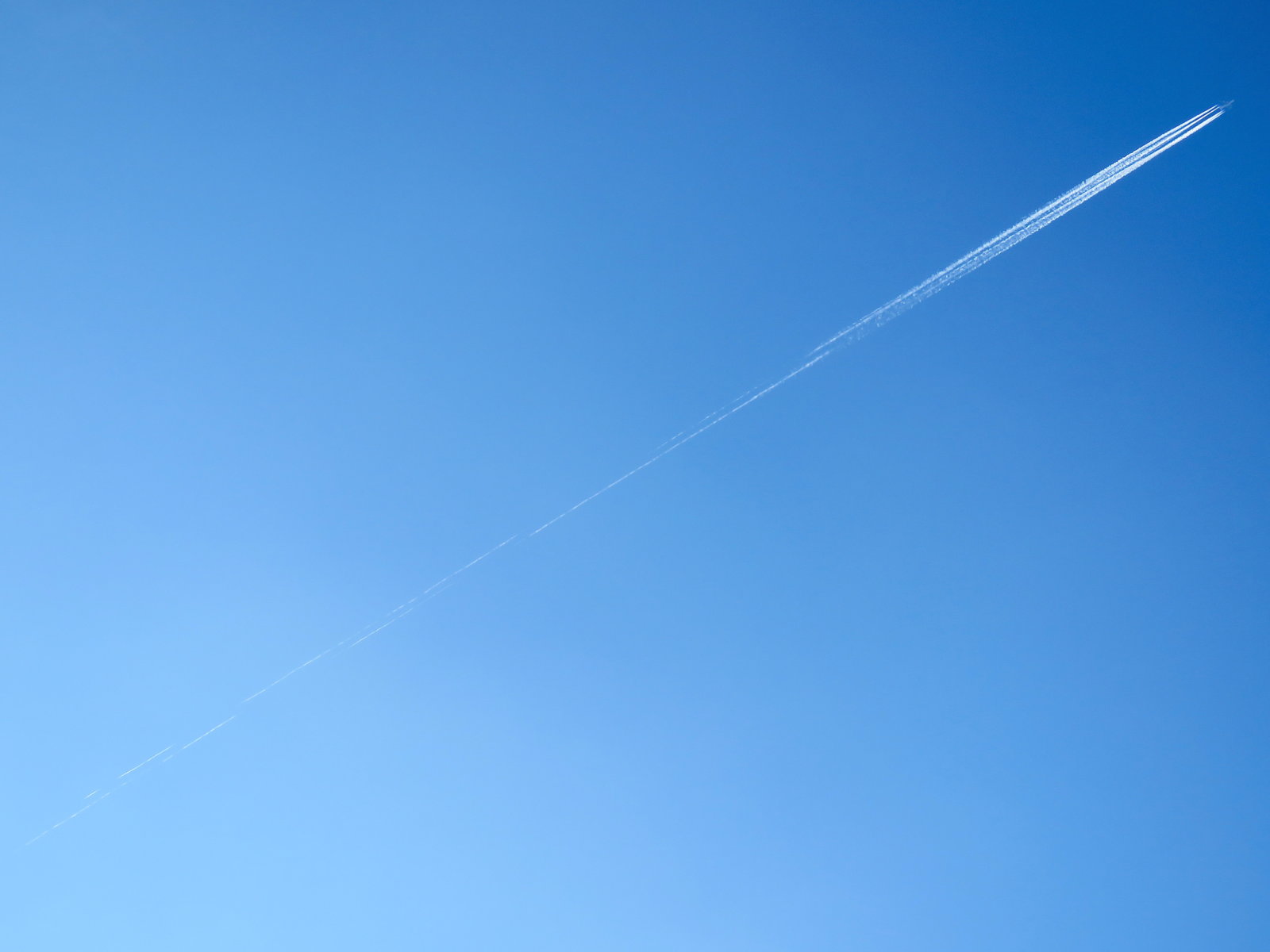 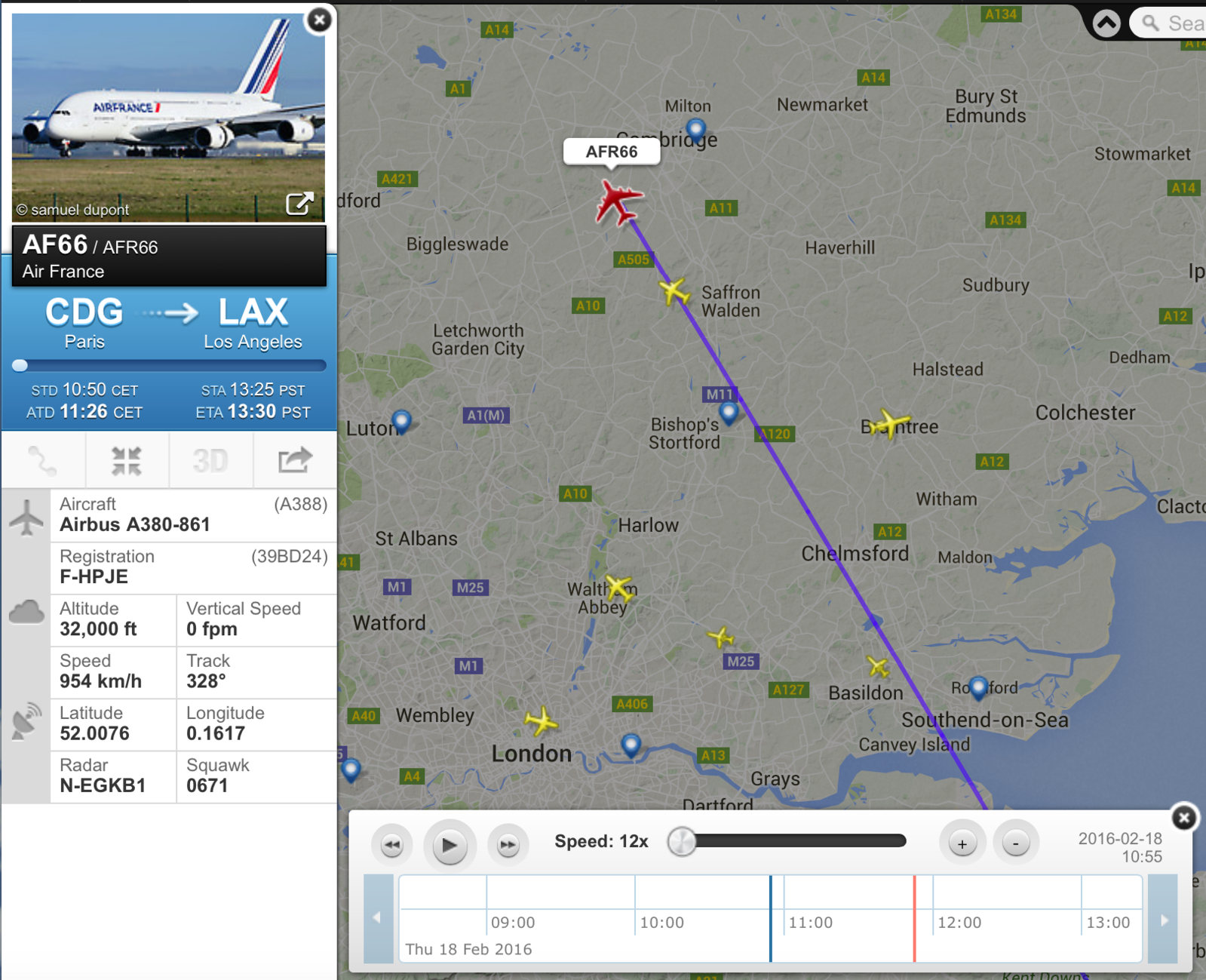 Staff member
Fascinating. I wonder if it's going through a wave pattern at an angle? The vortices are rotating in opposite directions, so if it was perpendicular to the wave then both trails would be equally effected.

But if it were at 45° then alternating up/down air movement would affect the two vortices differently. Something like this, but maybe steeper angle: 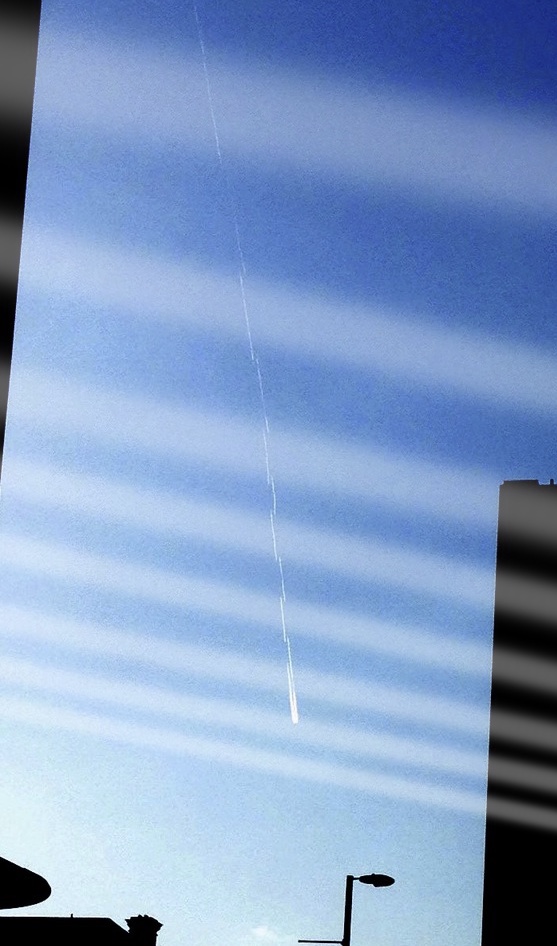