The 1960s Lunar Orbiter maps of the Zeeman Crater (lat -75.2 lon -134.8) near the South pole of the moon show the following strange anomaly that has been claimed as an artificial structure. (Data from Google Earth with moon selected and Global Maps->Lunar Orbiter Mosaic). Could the mosaic picture generating process be producing this artifact? 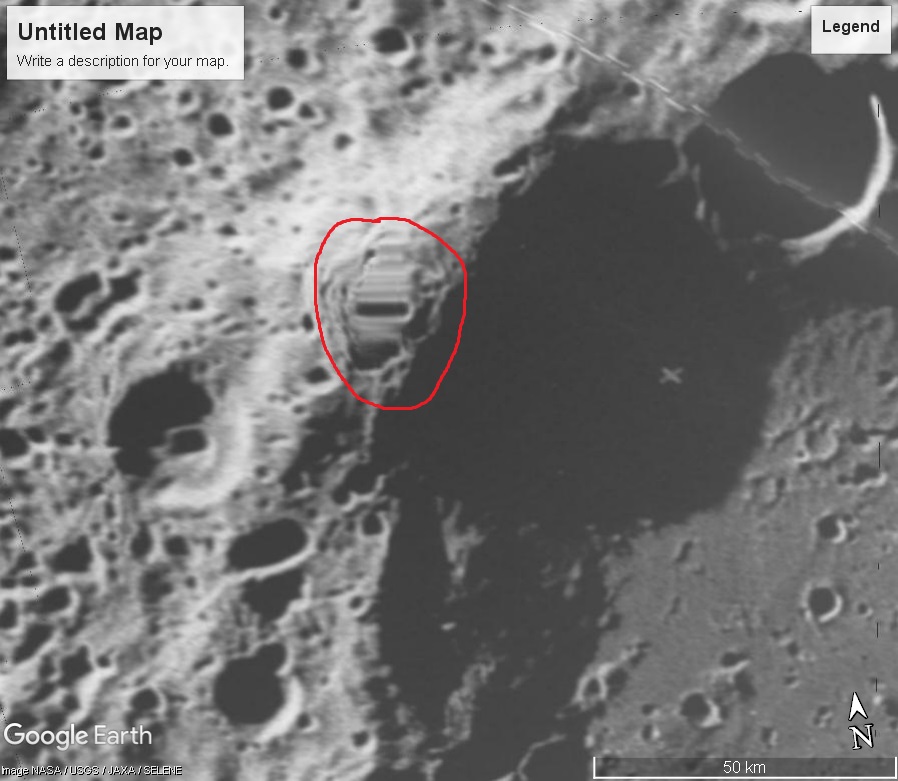 The 1990s Clementine Orbiter maps of the same area don't show the same structure at all. (Data from Google Earth with moon selected and Global Maps->Visible Imagery). There are also blank areas just inside the crater rim which I guess are just image processing glitches.

Is something being hidden by NASA? 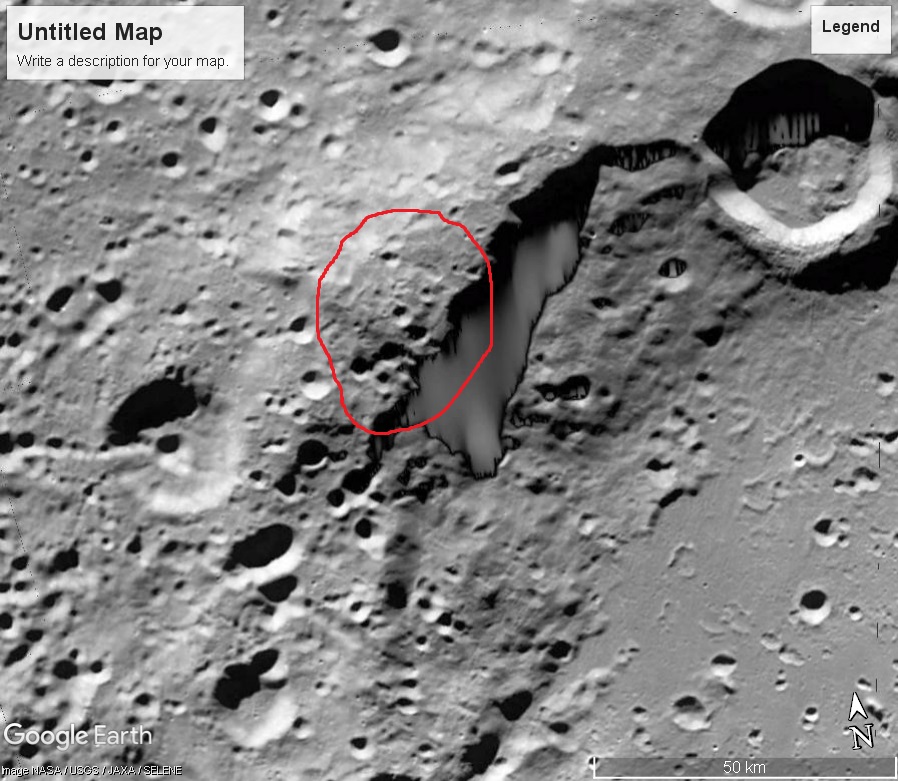 If NASA was trying to hide something, why are the anomalies not... hidden?

Somebody else who knows imaging systems and glitches there-of can explain what caused that, I'll stick with the common sense bit. There is no conspiracy to hide something that you can find, no problems, on Google Earth.

The Lunar Orbiter probe series collected clips of analog video, which were stitched together on Earth to make maps. This was done by hand in the 60's but later the video was digitized and newer maps were made by machine processes in the Lunar Orbiter Image Recovery Project from 2007 to 2014.

The initial maps were not high quality, because of changing perspective and a wide field of view images had to be distorted to stich them together, and nothing worked over large areas, the inaccuracies would compound with the curvature of the surface. Local maps for Apollo landings were hand drawn from the source images, but a full globe wasn't produced until much later and when it was the LOIRP process only makes up for so much.

What you're seeing here is a stitching issue where neighboring images couldn't be reconciled - either there was a gap without coverage or the only adjoining images had perspectives too far apart to reconcile into a vertical view. So the result, you see a crater and nearby features split in half with straight lines connecting the halves, as well as distortion to surrounding features (particularly noticeable in the two craters bordering the left side of the red circle.

Clementine launched thirty years after the Lunar Orbiter program and had vastly superior imaging, and had additional tools specifically to allow accurate global mapping without the issues of earlier maps. It had a narrower field camera with higher resolution, but also had additional ultraviolet, near-infrared, and laser instruments. The Google Moon Clementine globe was machine produced from that data in much the way the LOIRP map was produced from the older set, but because Clementine's instruments were more advanced and more numerous, they provided vastly more data to use in reconciling issues, so they include fewer errors (and because the craft wasn't in exactly the same orbit those errors are not in the same places as those of the LOIRP map). The areas inside the crater is something peculiar to processed Clementine images. Clementine's mission didn't last that long, compared to the Lunar Reconnaissance Orbiter, so there's not a lot of redundancy in its data set, often no second pass on a feature with different lighting to fill in details. The other sensors can be used to approximate details in those cases.
Last edited: Oct 25, 2021

The alien megastructure is just another mini crater but the overall image has been built up with multiple images or strips of image across several sweeps and created a ’stitched’ together version that has elongated the object. This is a very common artefact that can be seen often using google maps at street level. The other day I honed in on a street I needed to visit and there was a car that looked more like a stretched limousine in the way!

There is a good discussion of the anomaly here (second one described):

It seems that the "structure" is not present in this 1960s raw Lunar Orbiter photo (Orbiter 5 image 21 in the above link). 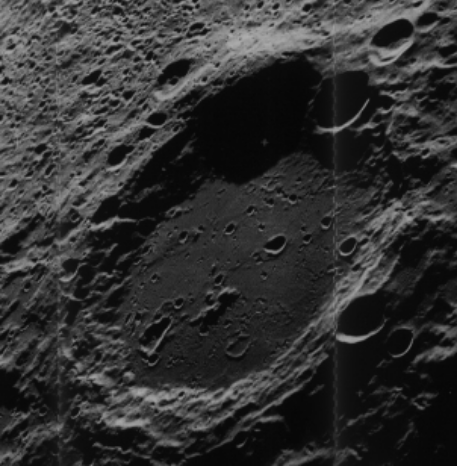 Actually there is a slight indication of a linear structure in the blow up (though maybe not on second thoughts). 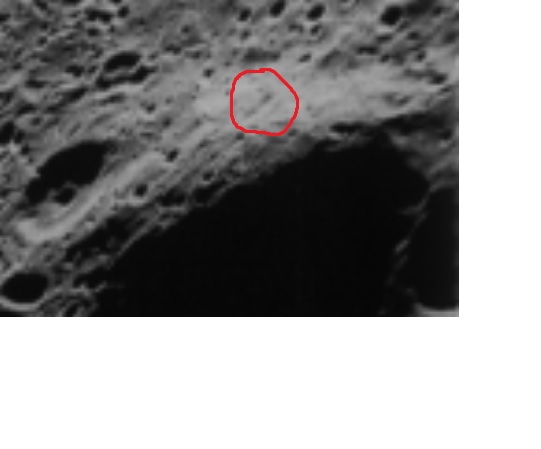 They wouldn't be. Digital stitching errors like that would have arisen from the LOIRP digitization process, the raw frames from the 60's were combined by hand, so stitching errors would be blank wedges or straight line discrepancies.

The second image in your edit is a common natural feature on the moon called a rille, of which there are no less than five visible on the image, including a longer but fainter linear rille partially bisected by a crater that runs close and parallel to the one indicated, but for a longer range. Most linear rilles are believed to be similar to grabens on earth, where the chunks of crust between parallel linear faults rises or sinks, but none have been studied directly - the moon has not been the target of long term rover exploration and Apollo intentionally avoided such features in favor of clearer plains.
Last edited: Oct 26, 2021
You must log in or register to reply here.

Debunked: Chang'e-2 photos of Alien Base on Moon [Hoax]

Debunked: Alien Base on the Moon, Triangle of Dots [photo artifact]
2