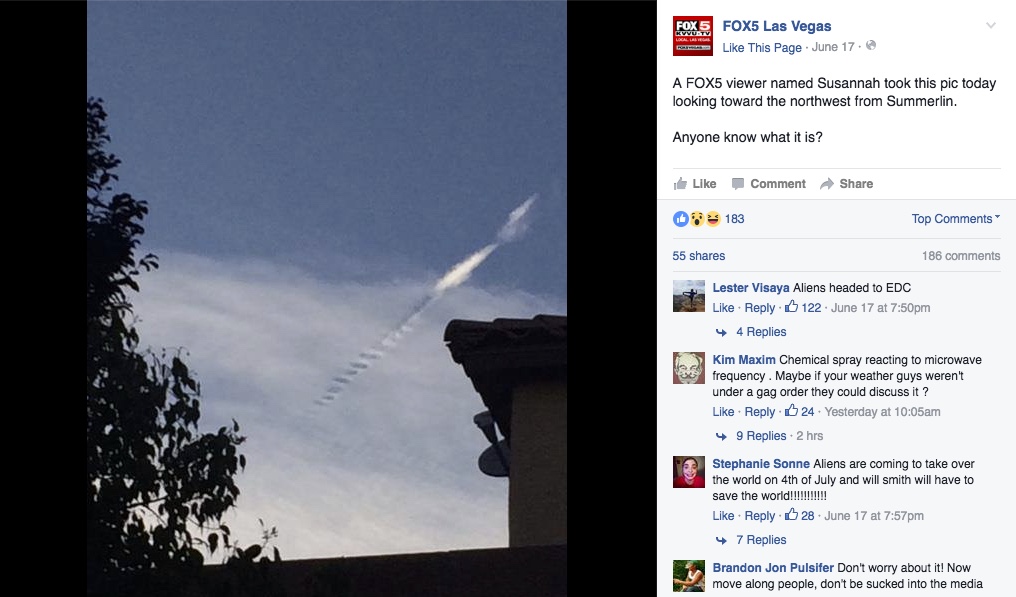 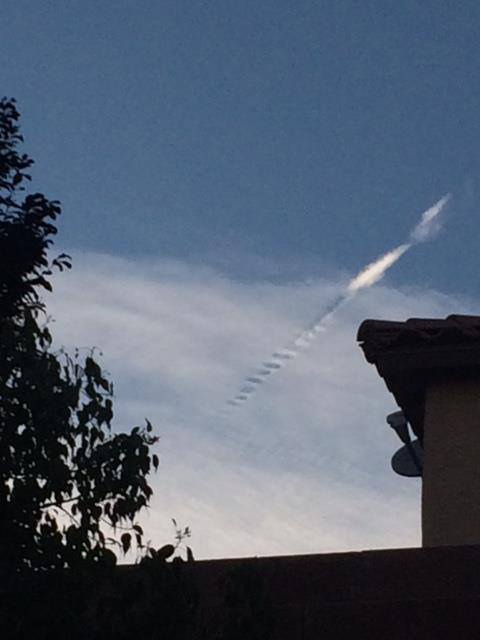 It's not entirely clear what's going on, but it seems like a combination of a distrail and some ripple clouds. It's almost like the distrail has carved away the lower (flat) layer of clouds, and revealed a rippled upper part of the layer.

It looks similar to what I captured last weekend. 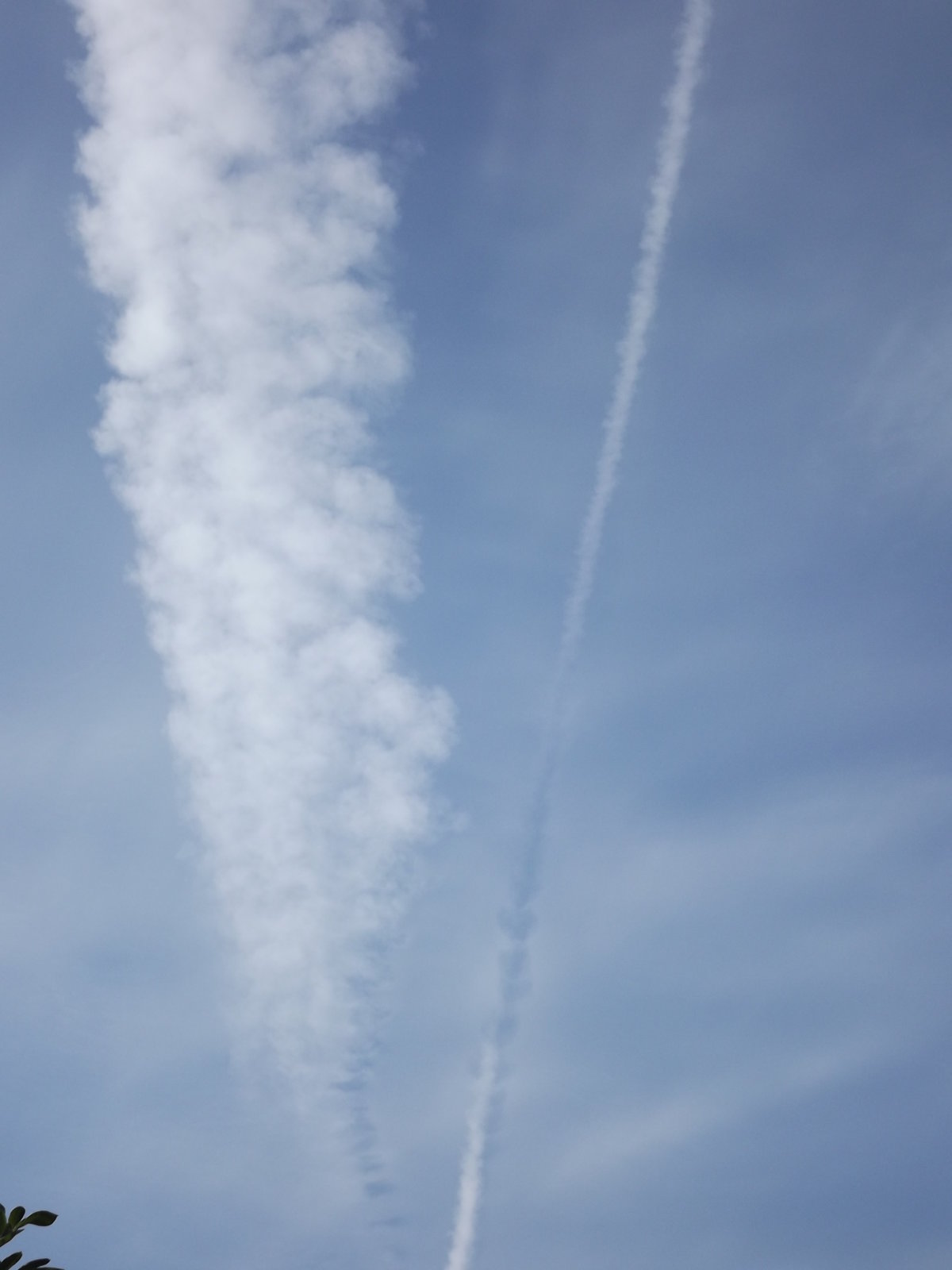 Staff member
Could the cleared areas correspond to pendules from the contrail dropping down into the cloud layer? The spacing looks about right.

Summerlin is on the west side of the Las Vegas Valley near the base of the Spring Mountains. I often see lenticular clouds forming in that part of the sky. Don't know if that is related to this contrail.

Following a link from the Wikipedia lenticular cloud article, I've found this about "wave clouds."

The distal part is quite similar to some previous observations: 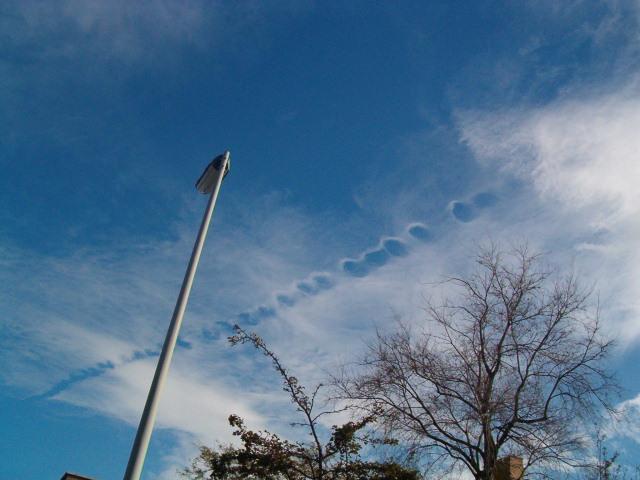 The above photo showing a most impressive jet distrail was taken over The Hague, Netherlands on October 21, 2004. Dissipation trails or distrails are the counterpart to contrails (condensation trails). The heat of combustion of jet aircraft fuel, released into the path swept by the jet, may actually evaporate clouds, as long as they aren't too dense. Whereas contrails require very cold temperatures, at least -40 C, to form, distrails can form in relatively warm, low clouds consisting of water droplets, or in thin supercooled middle clouds. Distrails may appear like linear "footprints" crossing the sky, as is the case here, but only on occasion are they this vivid. 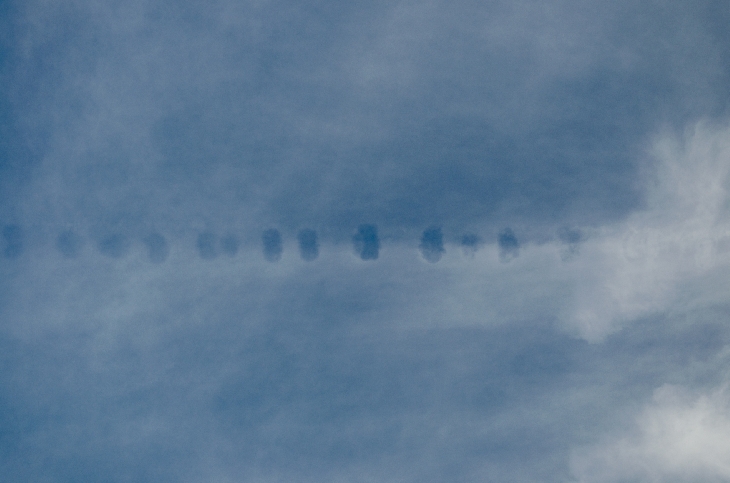 The bubbles were formed from a negative contrail (distrail), few minutes after a plane flew through the supercooled cloud.

Having browsed the results of a google image search, I think these bubbles could be an early stage of opening a distrail. It would be interesting to see a video of the distrail formation.
Last edited: Jun 19, 2016
You must log in or register to reply here.