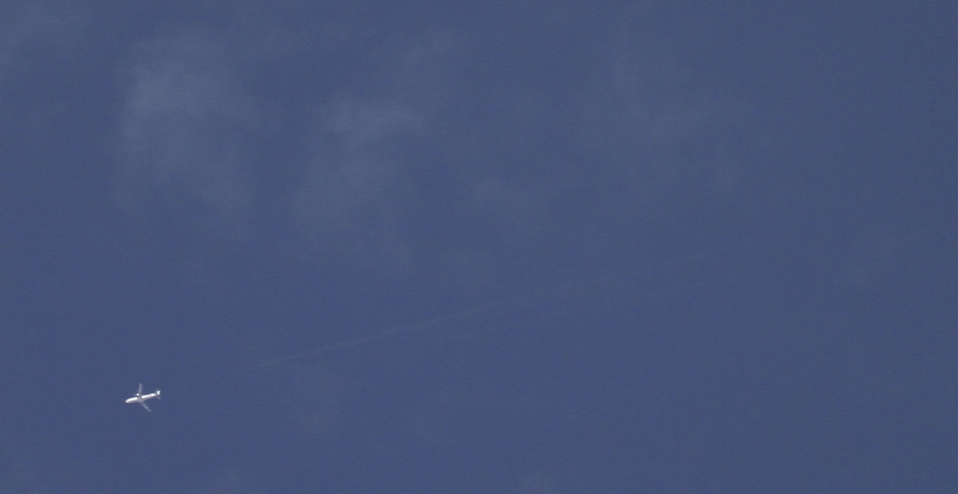 A barely visible contrail. It looks at first glance like a single trail, but there are actually two:

The plane is flying south, and is lit from the east. Is the "invisible" contrail in the shadow of the other one? The sun was still relatively low (about 32° according to http://www.esrl.noaa.gov/gmd/grad/solcalc/ ). Pic was taken at 8:40AM, Shingle Springs, California. 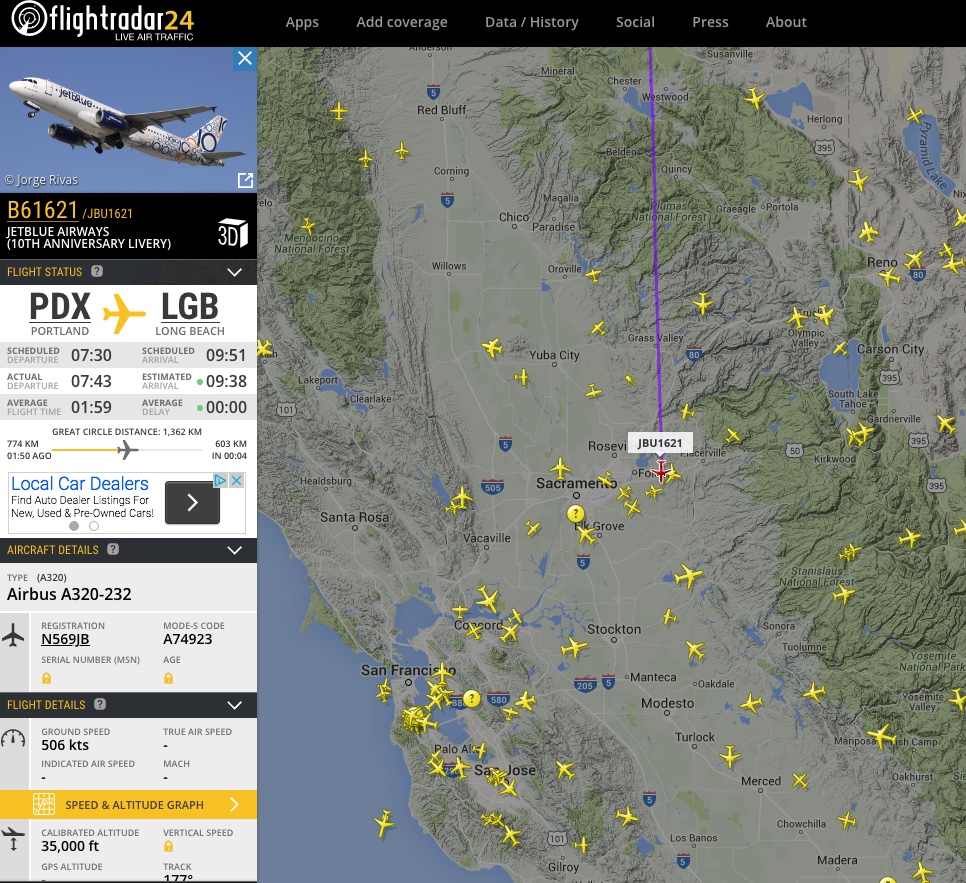 I have since recalled an old explanation by @MikeC in a Contrail Science thread that probably applies to both cases:


MikeC says:
December 14, 2010 at 5:35 pm
IIRC from my airline time, a few years ago now to be sure, airliners can and will have varying throttle settings on engines to get the same power.

To explain – as engines deteriorate, the power they generate is kept up by the eimple expedient of pouring more fuel into them through having a higher throttle setting to generate the same thrust.

So the power (load) would be teh same, but het exhaust would be a bit different – I can’t really comment on how much the exhaust would be different, but you are looking at different temperatures, more or less unburned fuel & pollutants from more-or-less efficient engines.

Back in the days before computerised flight controls, when throttle levers were mechanically linked to engine controls rathe than electronically linked, the differnt positions of throttle levers were noted as indications of engine wear – I have vague memories of tech log reports along the lines of “throttles had to be staggered by a knob width the maintain equal EPR” (the knob on the top of the lever was a conventient measure – so stagger would be 1/2 knob, full knob, 2 knobs, etc., EPR = Engine Pressure Ratio – a measure of power from a jet engine not so much used now I think)

I think these observation of asymmetric contrails are not unique or rare. They may well be fairly common for older planes when the conditions for contrail formation are marginal. We just need to pay more attention to the engine contrails in such conditions.

Trailspotter said:
I think these observation of asymmetric contrails are not unique or rare. They may well be fairly common for older planes when the conditions for contrail formation are marginal. We just need to pay more attention to the engine contrails in such conditions.
Click to expand...

I agree. The shadowing explanation did not really seem to fit, even though the sun was perpendicular to the trial, it was probably far too high.

If a plane needs more fuel to get the same thrust, then the exhaust is going to have a higher water content, and would either have to be hotter, or have more incomplete combustion.
You must log in or register to reply here.