Staff member
Someone is stirring up 4Chan (and some regions of Twitter) by posting various predictions of a coming "storm" of political change - strongly favoring Trump.

One piece of evidence that's repeated is regarding this tweet: 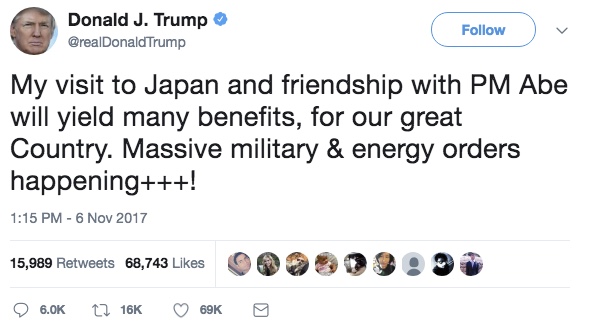 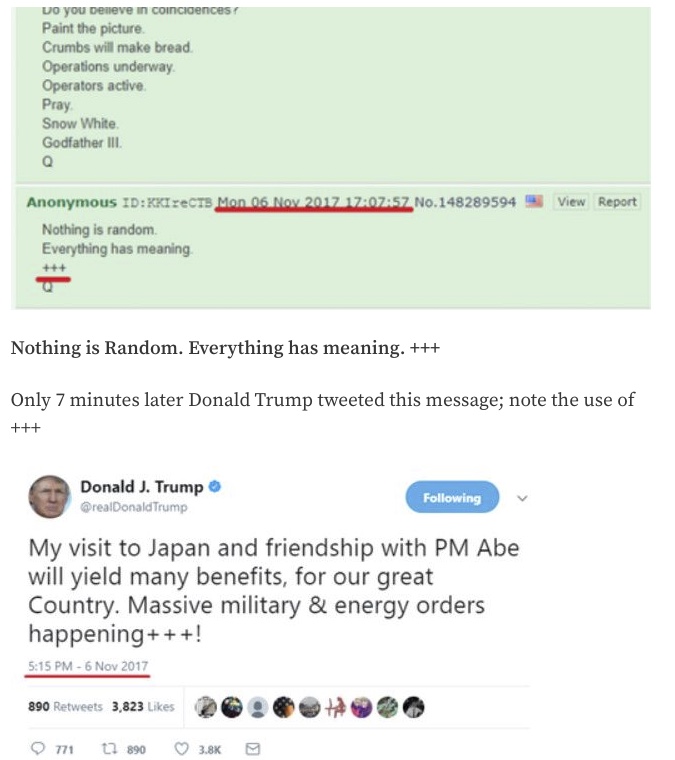 With the suggestion that QAnon's post happened before Trump, so Trump was giving implicit support to QAnon. (Instead of the what it seems, shoehorning "and there's lots more" into his remaining characters)

What seems (most likely) to have happened is they took screenshots from different timezones. Both 4Chan and Twitter display times in the user's local time, so the Trump tweet is at 1:15PM PST, and the QAnon post is at 2:07PM PST.

However I can't entirely confirm this as there's only the 4plebs archive, so I need to look into how timestamps move across from 4chan to 4plebs.

why would they think he is quoting Q? when the +++ is in the pleb4 title itself?

Staff member
Because they thought the Qanon post was first. Now +++ is becoming a meme

Mick West said:
Because they thought the Qanon post was first. Now +++ is becoming a meme
Click to expand...

well the OP was first too, no?

Staff member
Pfft, so really it's just Qanon trying to imply that Trump's +++ has some meaning, then someone took the screenshots with the misleading timestamps.

It seems to be just a bunch of trolling. Interestingly though some of the 9/11 Truthers seem to take it seriously. I got this email on Dec 6.

Biggest current issue in the US and you have no fucking clue it's even happening. Deary me.
...
I asked you to google QANON because I knew you wouldn't know about it, despite many of your more bright countrymen, like myself, following the fact that there are now 4289 sealed indictments filed, very closely. And that's in the space of 30 days mick.

The gist of the Qanon story seems to be that Trump is about to "drain the swamp" by arresting everyone from Hillary to Muller. It's some strange stuff, a kind of mutated version of the Pizzagate theory.
Last edited: Aug 2, 2018

Mick West said:
it's just Qanon trying to imply that Trump's +++ has some meaning
Click to expand...

heck I could post anonymously on chan4 and sign it "Q". I don't get this whole thing.

is that what "know your meme' means by LARPing? .. If I pretend to Q?

While conspiracy theories, including some based around pizzagate, have arisen based on the posts, many have mocked the content as a type of prank or live action role-playing (LARP) game. http://knowyourmeme.com/memes/qanons-calm-before-the-storm