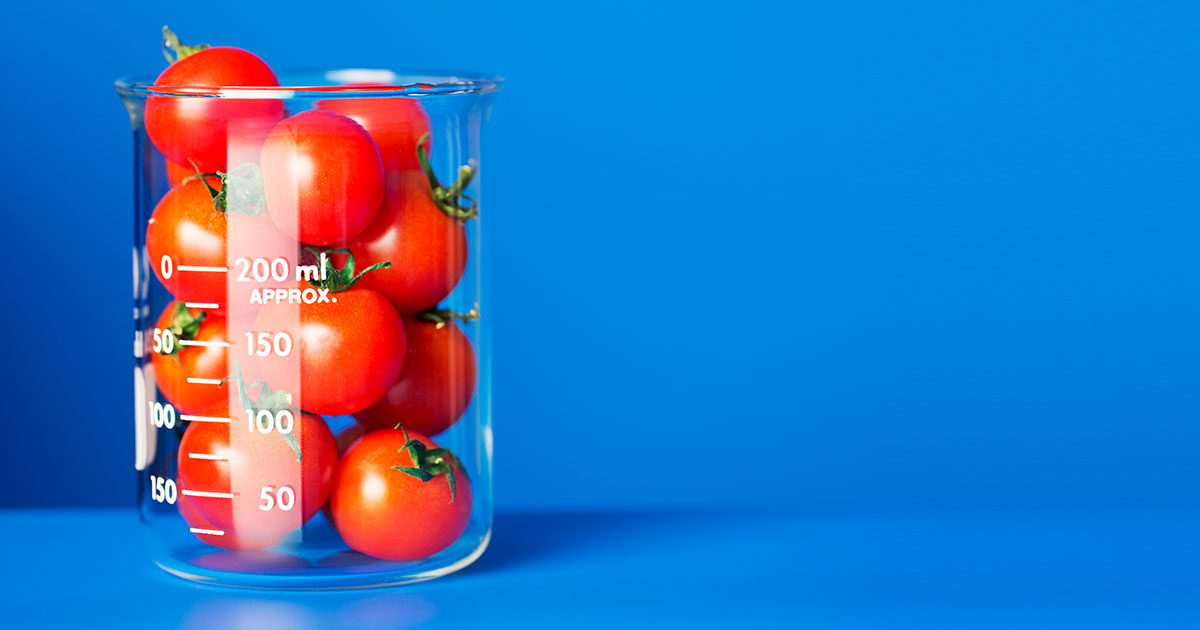 
Abstract:
A survey of 3,256 respondents, primarily residing in the United States, reveal improvements in a wide range of health symptoms following the removal or reduced consumption of genetically engineered foods, also called genetically modified organisms or GMOs. The changes are consistent with reports by physicians and others about improvements accompanying a switch to largely non-GMO and organic diets.

The survey claims to be peer-reviewed, when published in a "journal" created by the (it's a mouthful) ICHNFM (International College of Human Nutrition and Functional Medicine)......which is a sort of online college of chiropractic, and business website of Alex Vasquez DC ND DO.

It looks like a journal created to promote Vasquez's profession, plus his colleagues' .
It is pay-for-play, and requires membership.

Smith's "research" was a survey questionnaire Emailed to his website subscribers ~108,000.
Only 3256 replied, and self-diagnosed themselves in the survey.

......
Using this splendidly biased sample of respondents — all of whom had presumably been regularly subjected to Smith's own anti-GMO propaganda by virtue of being on his email list — Smith gathered results purporting to show health improvements among those who had given up GMO foods.

Smith's questionnaire gave a laundry-list of 28 different health complaints, varying from the vague "Digestive problems" to "Fatigue" to "Clouding of consciousness (brain fog)", not to mention Autism, Infertility, Alzheimer's and Parkinson's.

Hilariously, the questionnaire did not give the option of a negative response. Instead respondents were asked to choose whether giving up GMO foods had shown them:

From this, Smith lists the “results,” including that 85.2 percent self-reported that “Digestive problems” had improved, 60.4 percent found they had less “Fatigue,” and so on. The next section in his paper has some excellent examples of correlation-causation confusion, purporting to link acres of GMO crops with bowel dysfunction and “deaths due to intestinal infection.”
....
....
"These so called 'Journals' will be the death of legitimate science," worried (Alison) Van Eenennaam (UC Davis). Her fears may not be misplaced. Smith's tactic, like that of many anti-science campaigners, has been to use sciencey-looking publications and technical language to try to create an air of expertise.

Other anti-GMO groups then report on Smith's "peer-reviewed" paper as if it was a real piece of science, and their articles are then picked up by other media. In this way, myths gain currency online, and can be eventually accepted by many people as fact. If nothing else, Smith's paper gives us a good example of how these myths get started.

Jeffery Smith describes it as:

My new peer-reviewed article just published yesterday can redefine how we think and speak about GMOs, Roundup®, and organic diets. I know it does for me. At the same time, it strengthens our commitment to eating organic. It’s likely the most important piece I’ve ever written.

...even though when asked in interviews, he admits that such a survey is "less than prefect".
(back-pedaling when confronted)

It's not surprising to me, that both Smith and Velasquez become ultra-critical experts of other studies that disagree with their profession, but fail to employ (correct) those same criticisms when it comes to their own publications.

An example of each, describing how other studies are flawed:

SMITH:
(on his site, he writes about how and why particular studies are flawed (one example of several))


VASQUEZ:
(he disagrees with a PLOS One study, and why...)

As a researcher, author, clinician, and recent (2015) reviewer for PLOS One, I am writing with great concern about the editorial quality and review process of this previously esteemed journal, particularly with regard to the article discussed below.
....
Description and critique:
In their 4-week open trial with no control group, no laboratory testing, and which relied on participant-reported "data" for every aspect of treatment compliance and treatment effect, the Lawrence and Hyde [1] (PLOS One 2017 Jun; doi.org/10.1371/journal.pone.0179017) prescribed a program of psychosocial support (conference call with in-person/online contact with healthcare provider and support group) and dietary improvements (including avoidance of sugar, alcohol, grains and refined carbohydrates) and then attributed the purported health benefits (including self-reported weight loss and subjective improvements in digestion, cognition, physical and emotional wellbeing) to changes in the participants’ gut microbiome. Further compromising the study design, participants were a self-selected “convenience sample of people seeking the services of a nutritional therapist.

It seems that they know the rules, perhaps too well, and have learned how to skirt them.
Last edited: Nov 24, 2017

RT news fails to be critical and is overly receptive,... calls it a "study".... uses stock footage of non-gmo food when talking about GMO food.
Likely it's a promotional tour video opportunity for him and his upcoming new film, "Secret Ingredients".
And it's a hot clickable topic for RT.

The world must have been a darned healthy place a few years back when there were no GMOs. People were getting healed left and right by the enforced non-GMO diet.

Leifer said:
Only 3256 replied, and self-diagnosed themselves in the survey.
Click to expand...

Apart from that damning flaw, these kinds of studies have huge problems with using proper controls. People who go out of their way to stick to a diet are consistently more health-conscious than non-dieting counterparts. This means they probably adopt other healthy lifestyle choices such as exercise and drop unhealthy ones like binge drinking and smoking. Such lifestyle changes could easily result in improvements in things like "fatigue" and "digestive problems." Few human diet studies control for important confounding factors. This caveat is a little off topic here because this study shouldn't even be considered informative for simpler reasons. I just felt the need to point it out.

Dan Wilson said:
. People who go out of their way to stick to a diet are consistently more health-conscious than non-dieting counterparts.
Click to expand...

I think so, too.
Say I went on a "health inspired" diet change. (my eating changes differed from earlier) and perhaps this diet included low-sugar foods or "low-calorie intake" too.
Even though these changes should result in a lower-energy intake than previously, I might "feel better" because of the placebo-induced effect (mental expectations) of change.
You must log in or register to reply here.

More scare-mongering, now about GMOs in beer, from Organics.org